We had our second camp out with the cub scouts this weekend.  We went to Camp Osborn  The theme for the weekend was pirates.  Pack 210 won for the best camp decorations.  Thanks to the great pirate ship that the leader's made. 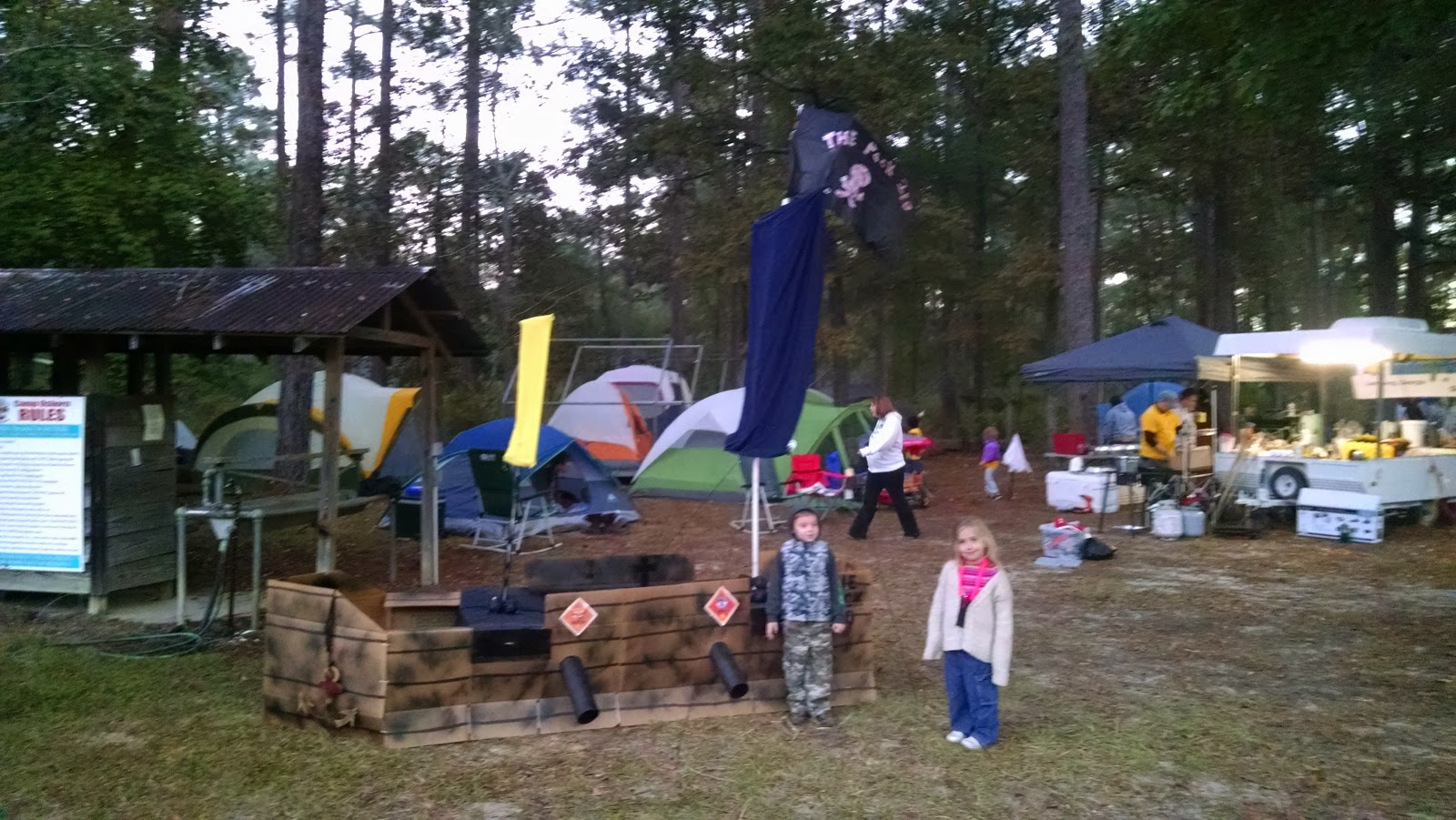 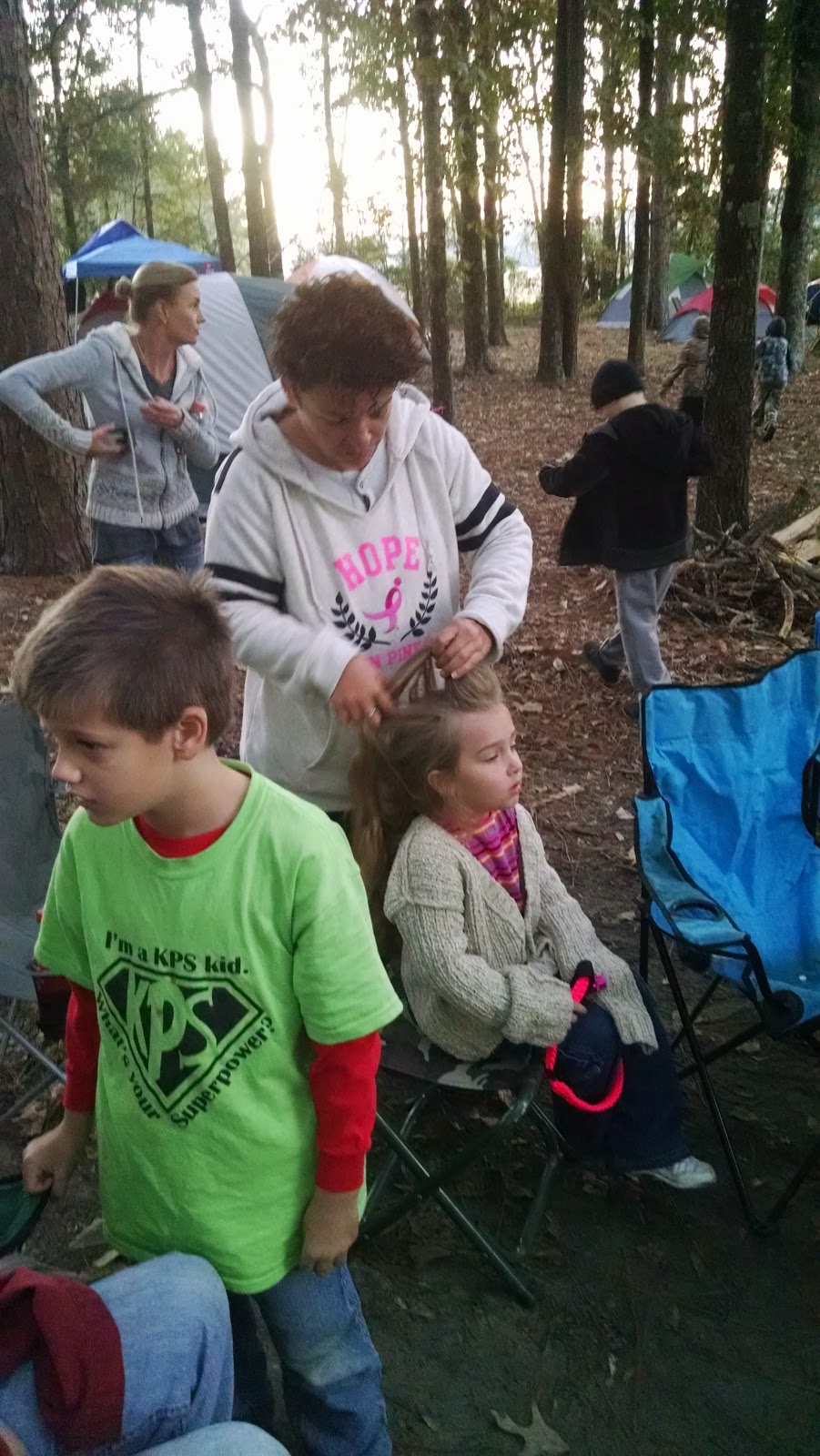 Paige quickly made friends with the moms and grandmas that were there and I was happy to let them do her hair on Saturday morning. 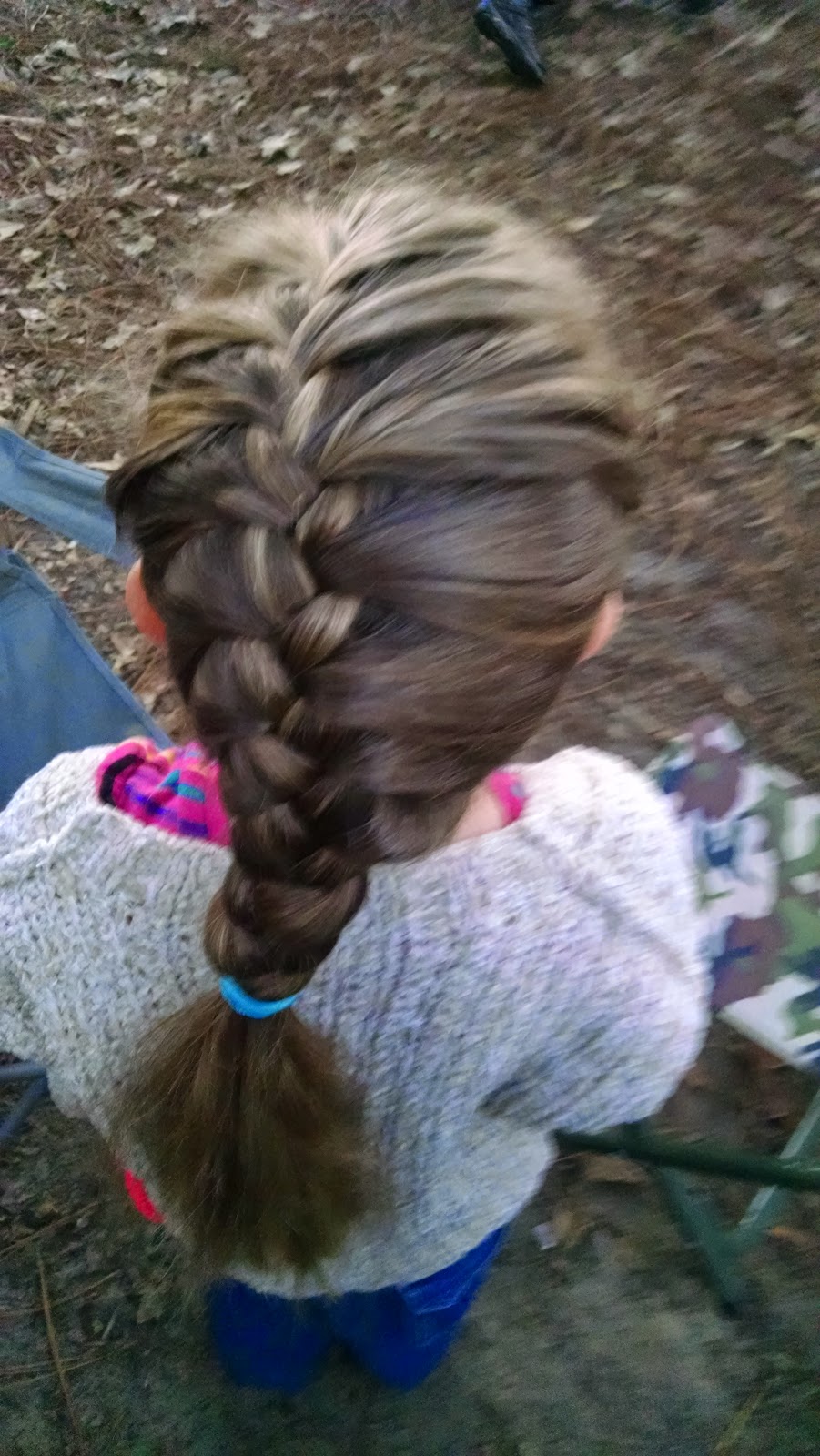 French braid to keep the sticks and leaves out!

Logan got to shoot the bow and arrow. 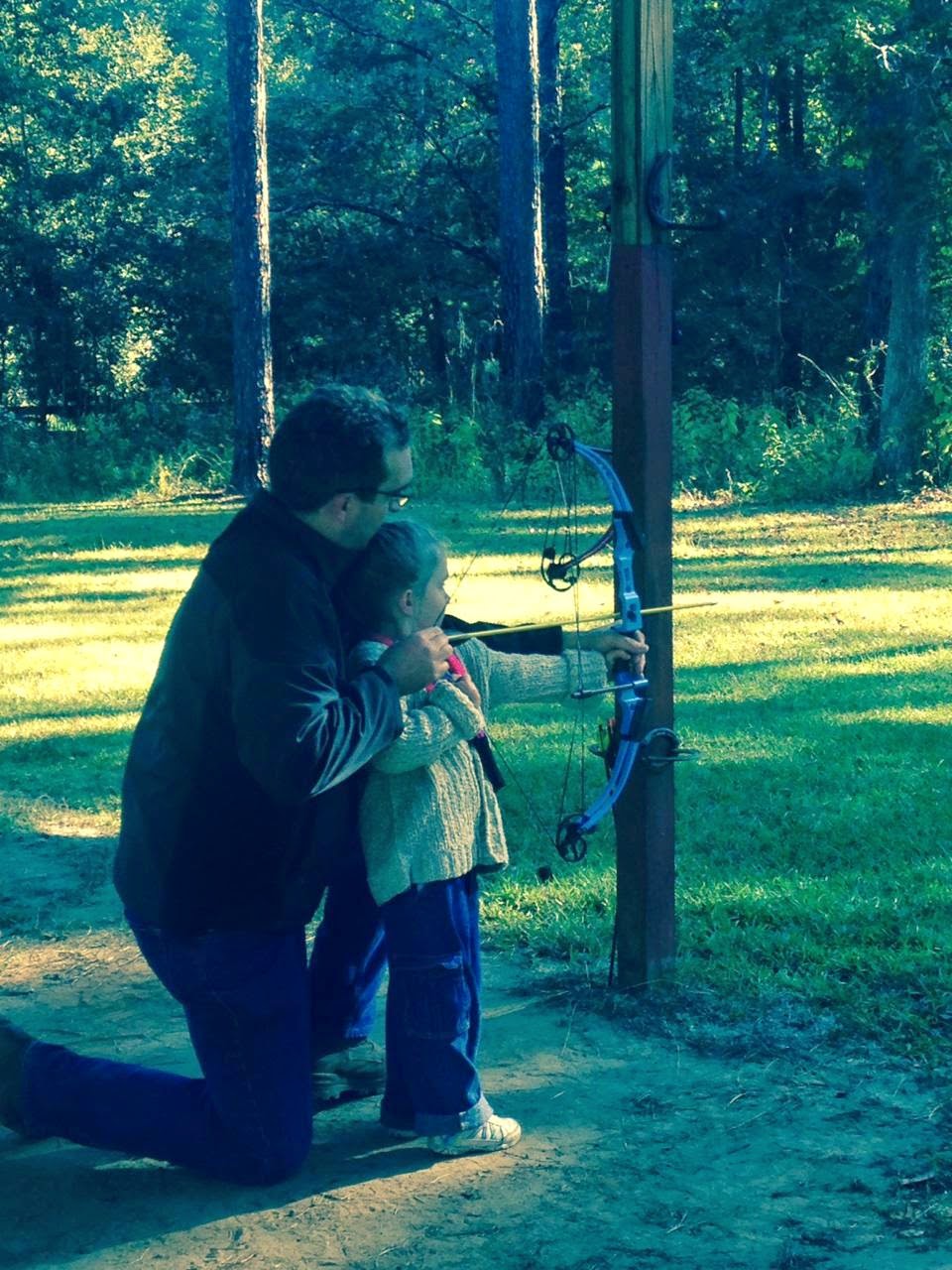 There was even time for the siblings to shoot them! 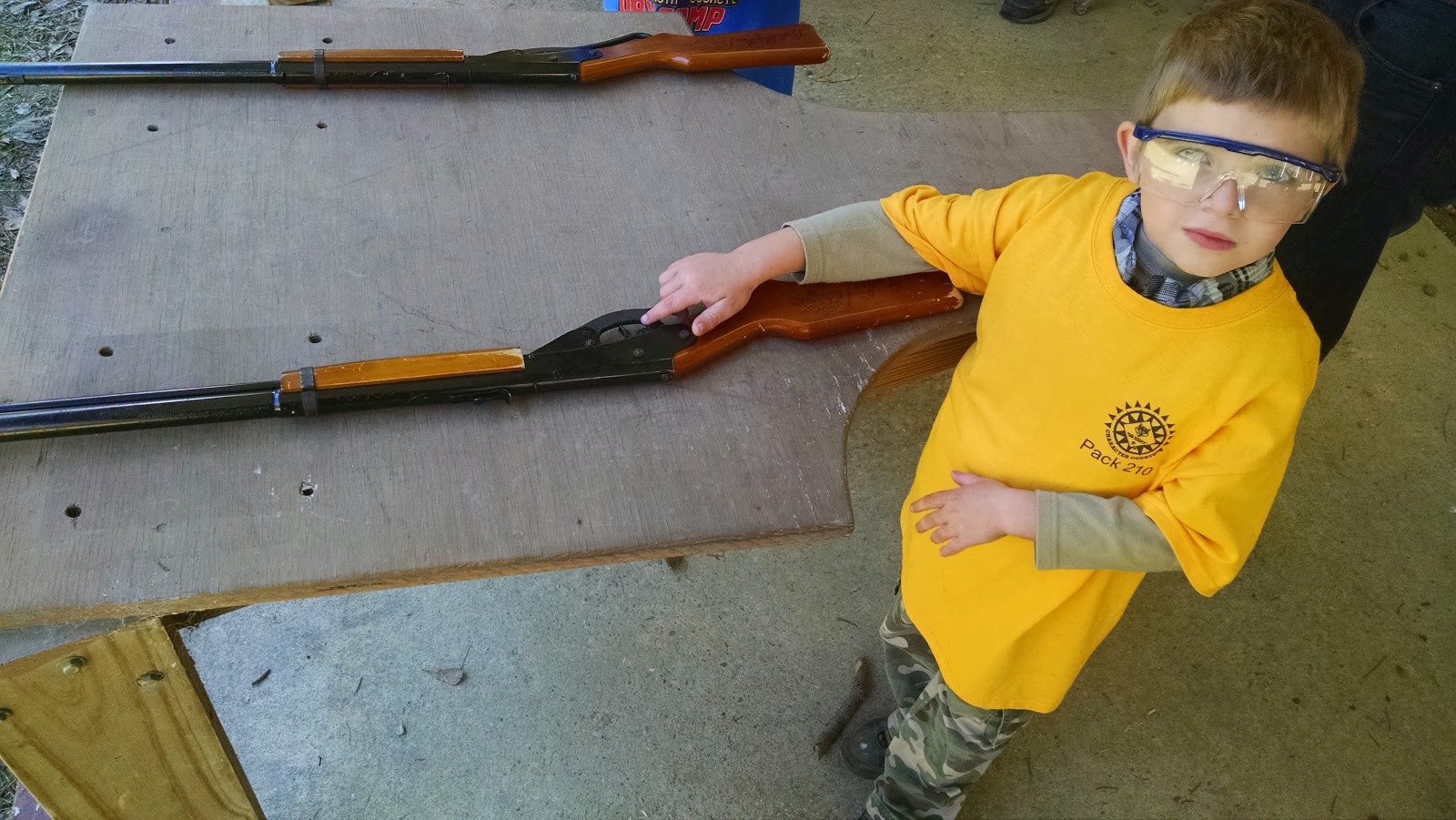 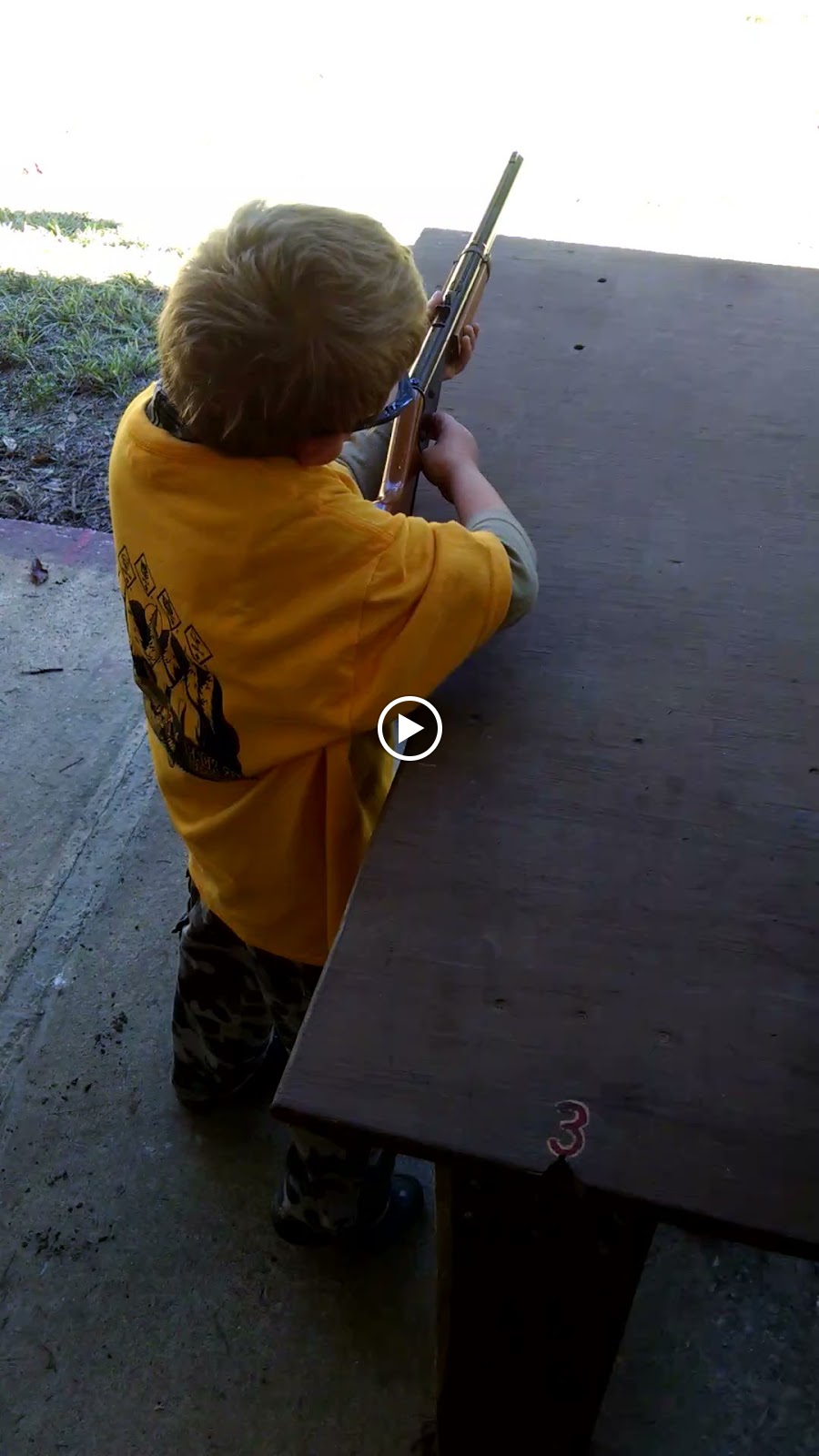 Logan thought the BB guns were awesome and shot one in the black. 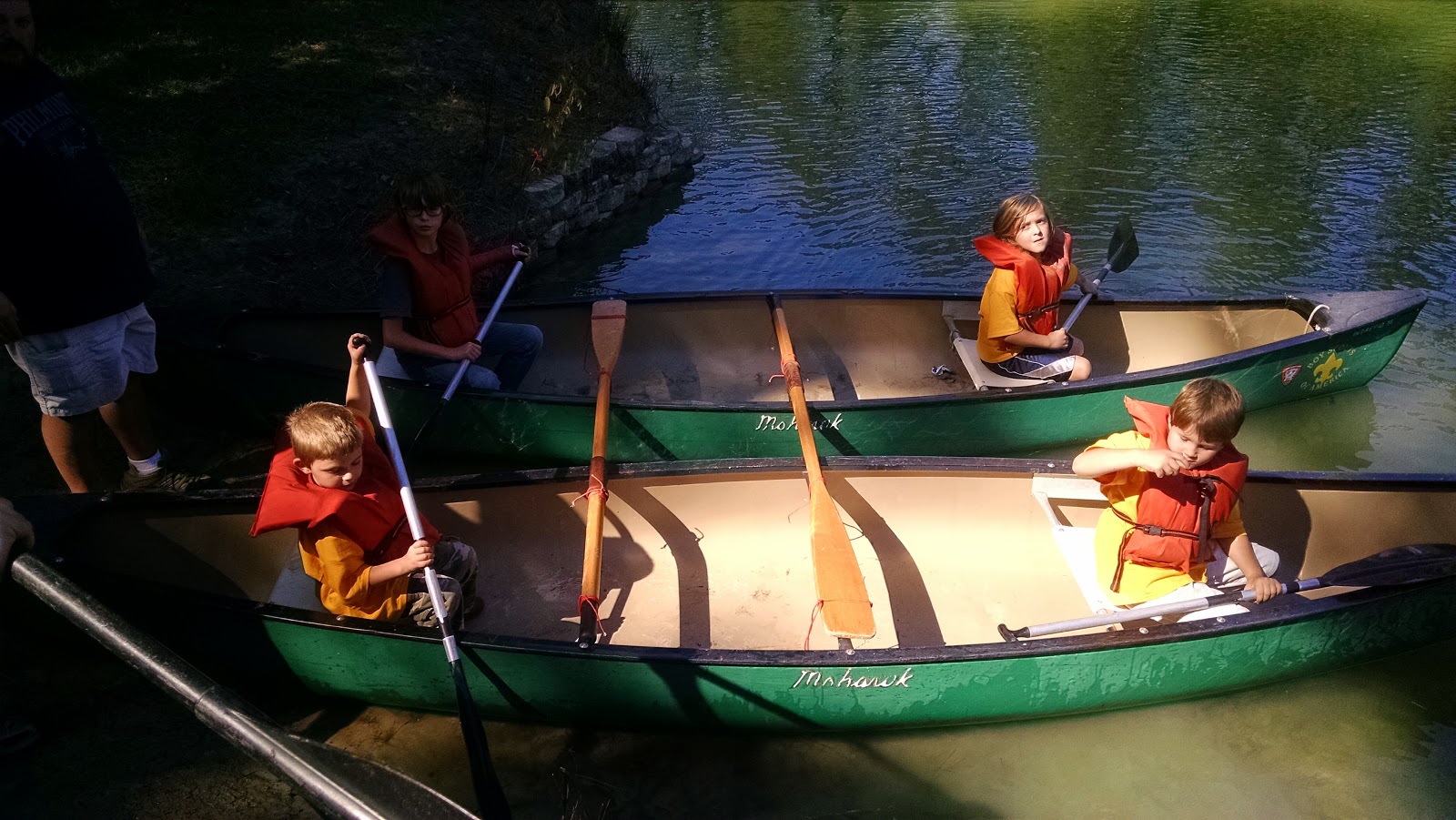 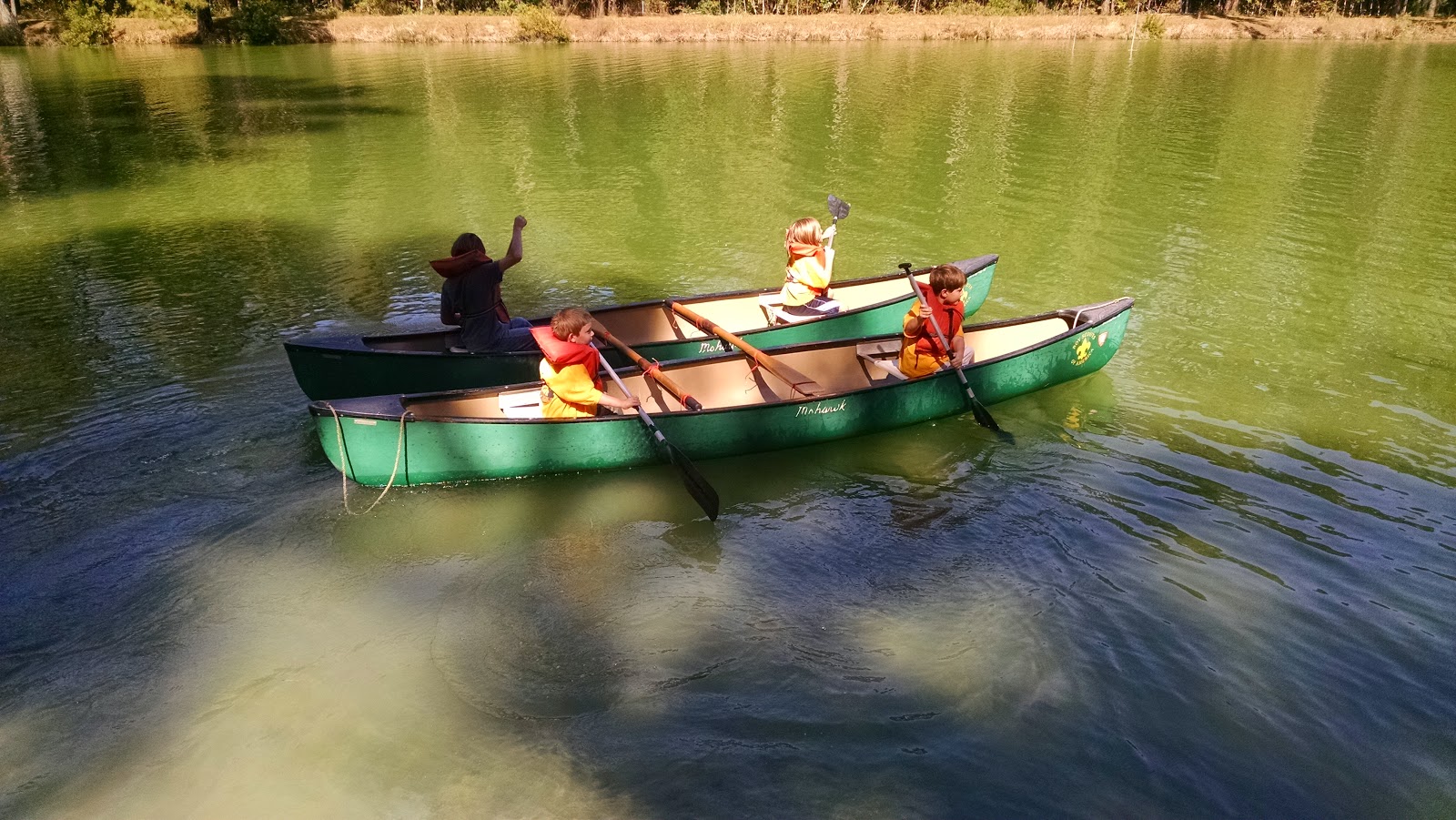 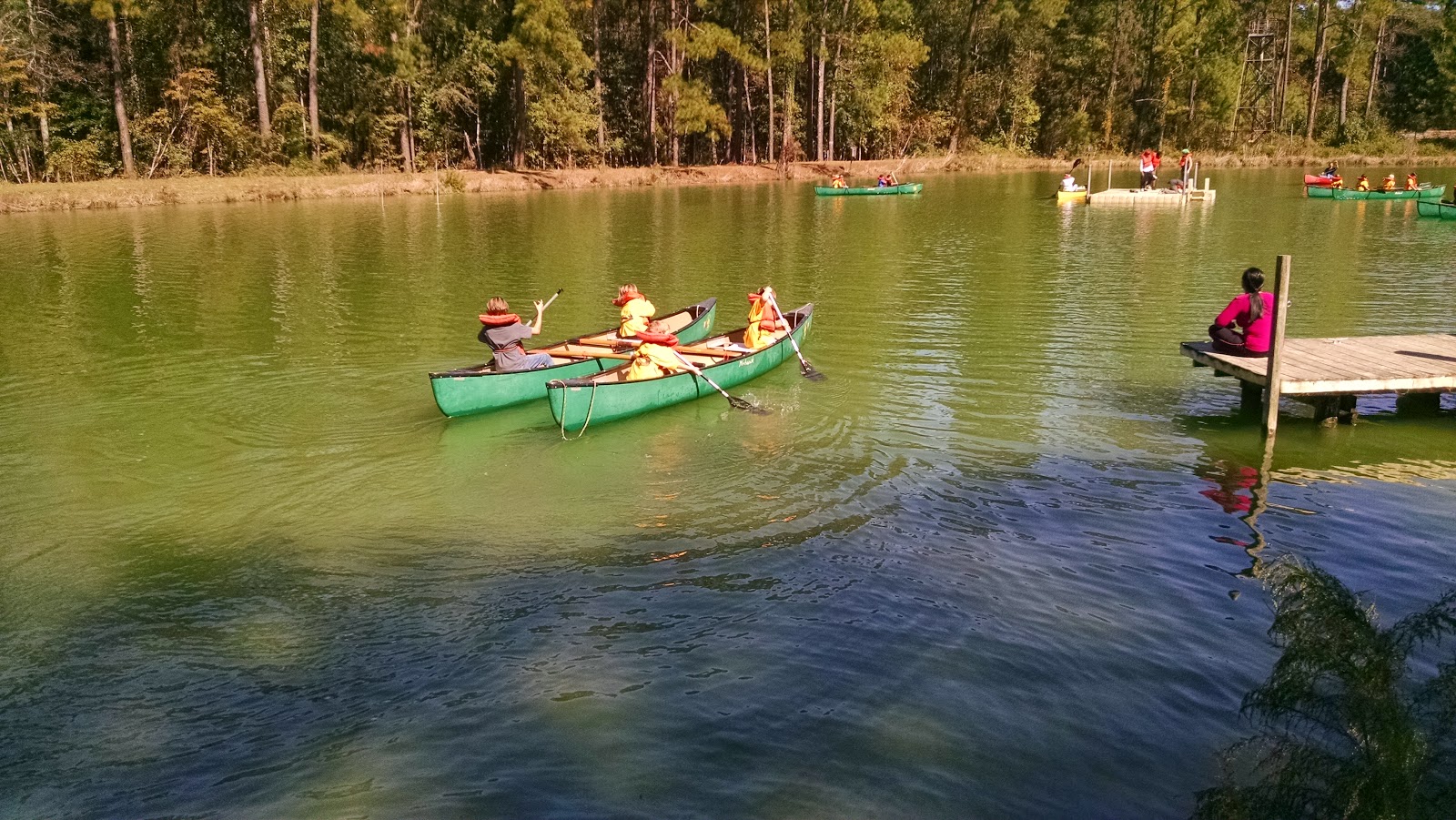 Rowing was a good time.  Although I think mom would have been a bit worried about her 6 year old alone in a boat with no adults.  There were quite a few lifeguards floating around the pond though. 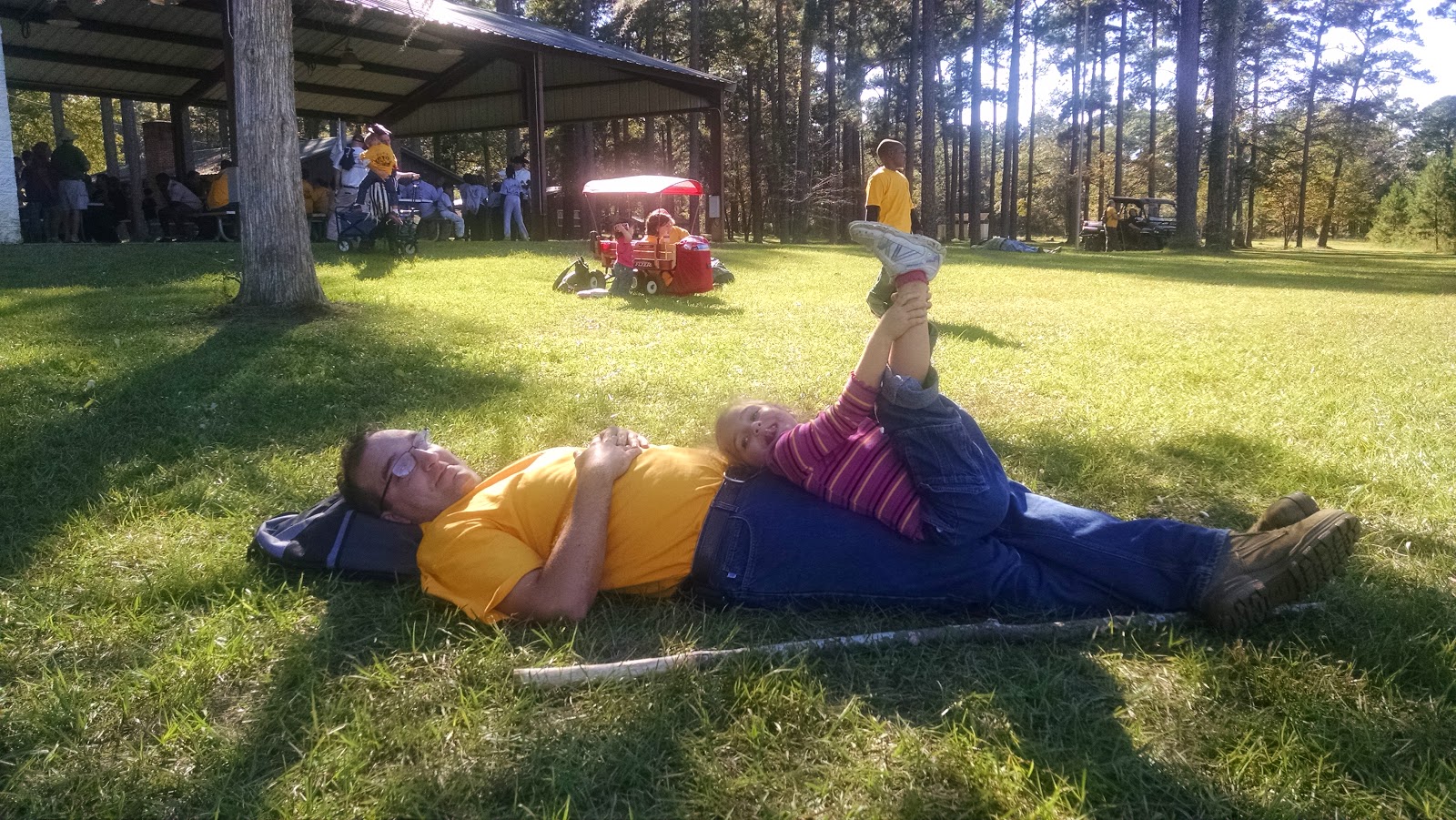 Paige found a nice squishy matress to rest on while we were waiting for Logan in line at the rock wall. 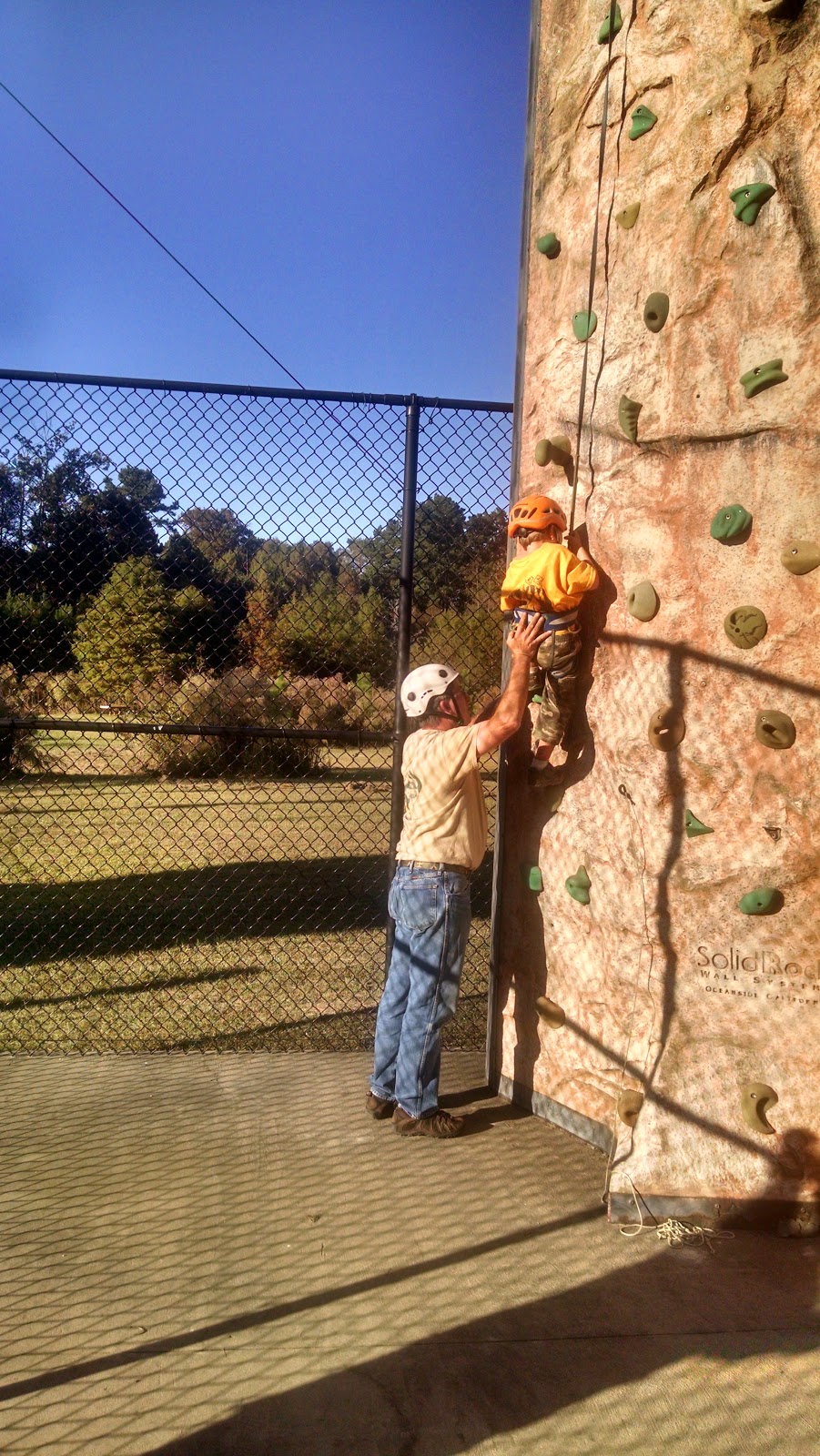 Logan made it about 10ft up the wall before he jumped off.
Posted by Jesse at 19:41