It's the middle of July and the garden is dead.  The peas were pretty much a flop due to the chickens eating the seeds........ twice.  We did get a good size harvest of green beans but only harvested two of the beds.  I've been running at work lately and had to go to Ohio for a week last month.  The garden suffered pretty bad.  So the weeds took over. 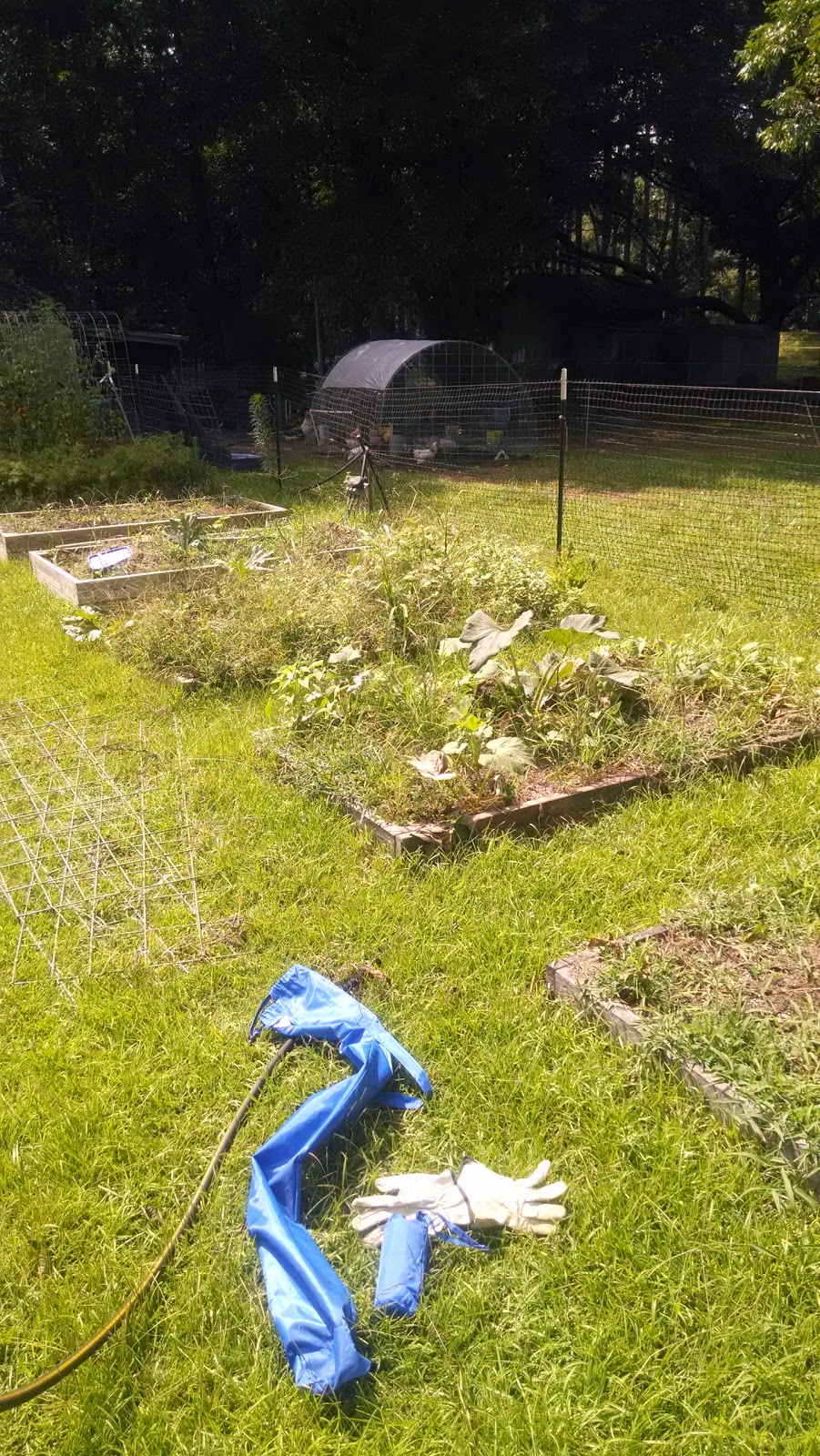 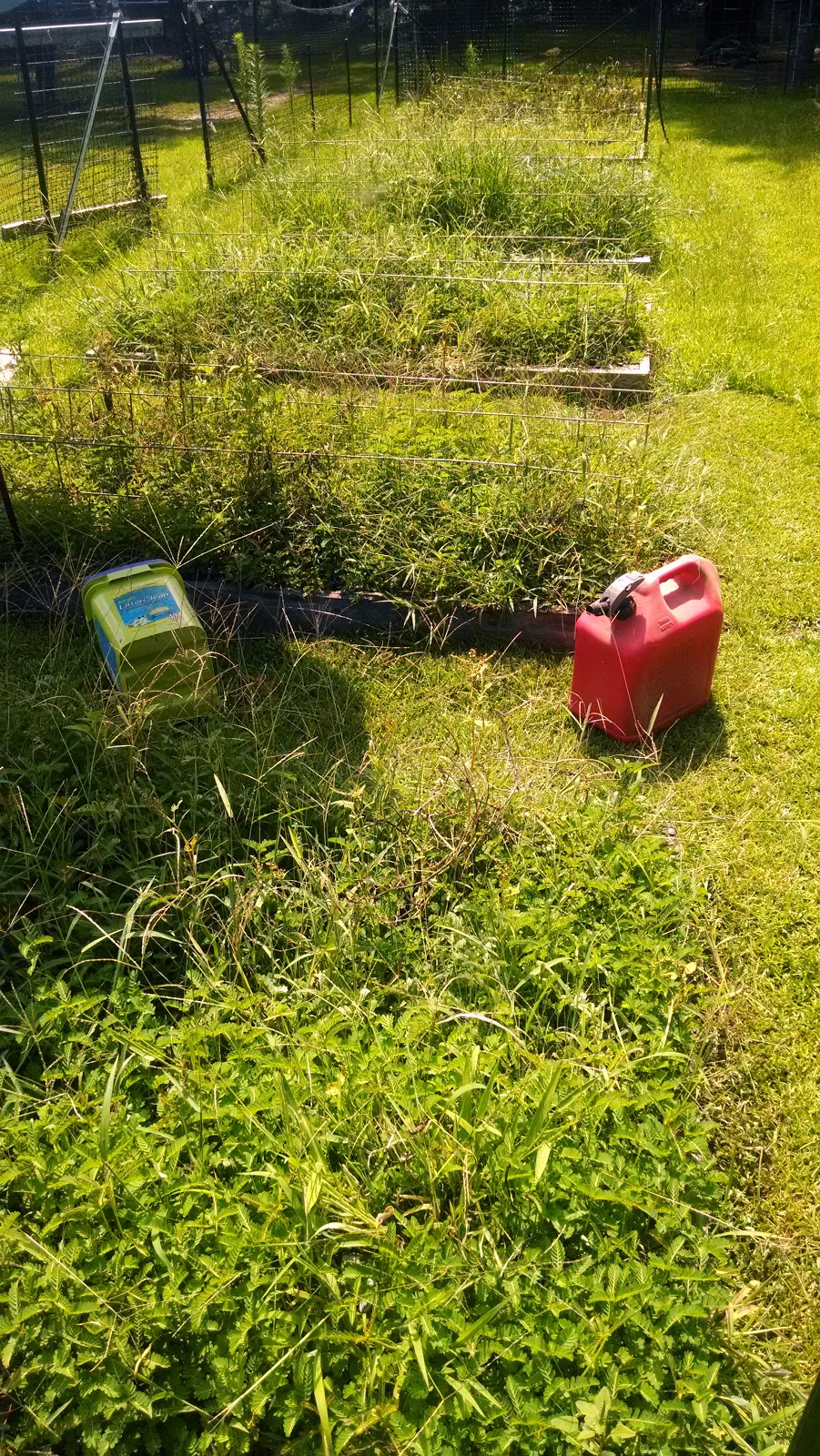 This fall I am planning on planting a garden full of broccoli, cauliflower, and cabbage.  So I have to get the weeds out of the garden.  I spent the afternoon today starting down the long road of cleaning up the garden beds.  It was a nice cool 85 degrees here in Southwest Georgia.  With my big blue umbrella it was bearable to sit out there for a few hours.  Four down, twelve to go. 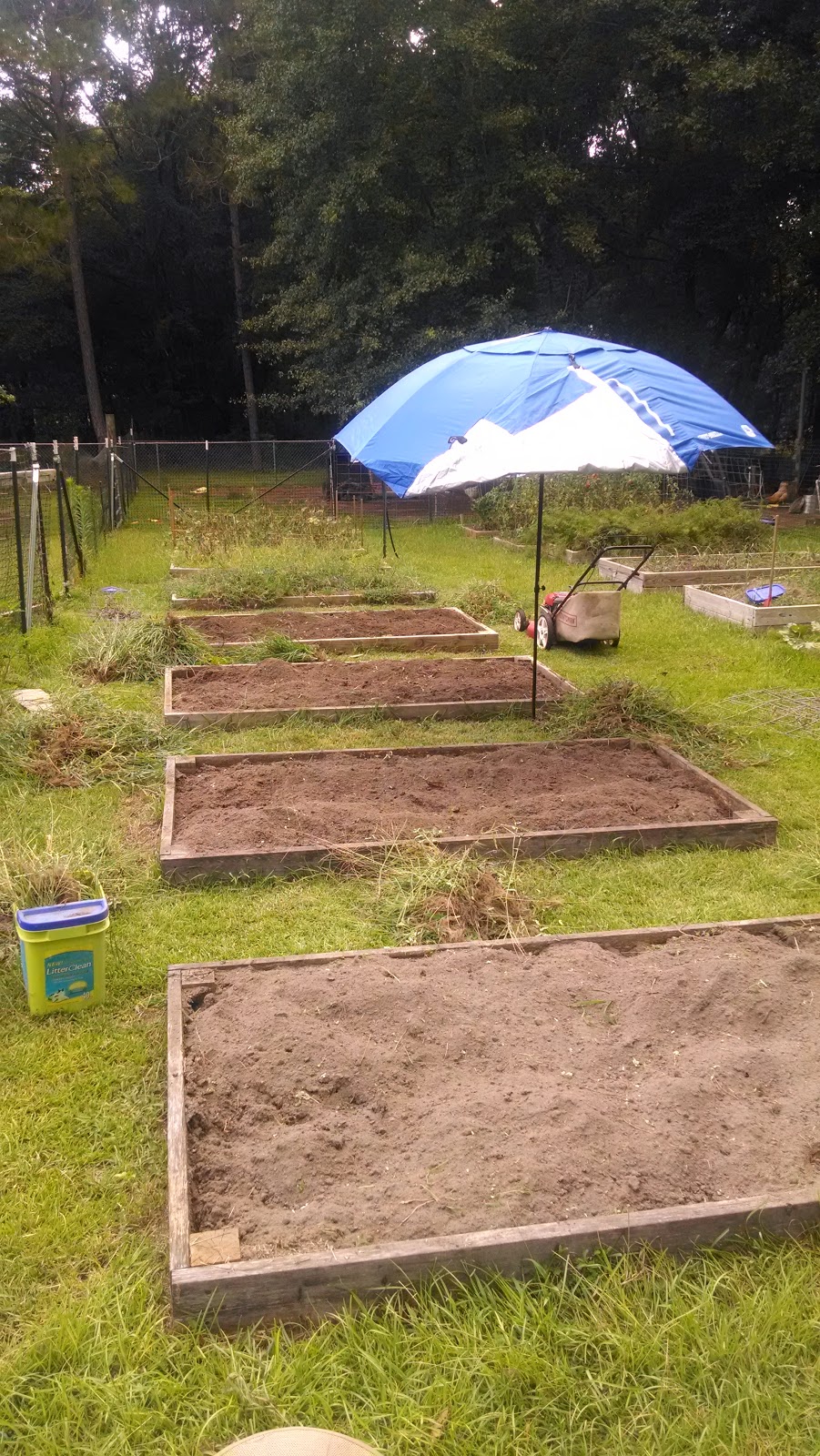 I'm going to cover them with preen fabric to keep the weeds away till we plant in the fall.  The plan is to just cut a slit in the fabric where the plant is going, then cover each bed with agri-bon to keep the bugs away from the young plants.  The agri-bon is necessary because with the fall garden you're placing nice tender shoots in the ground when the bugs are at their peak.  It will also extend the season further into the first frosts.

After the first batch of turkeys were hatched in the incubator I decided to just let them sit on what they laid after that.  Last year only 2 hatched from the clutch the hen was sitting on.  Within a few weeks we had 4 broody turkeys sitting on 3 nests.  Yeah, 2 turkeys are sharing a nest.  Not taking turns, sharing.  You can see them at the bottom of the picture .  Usually they are on top of each other but were a bit upset that I was taking their picture. 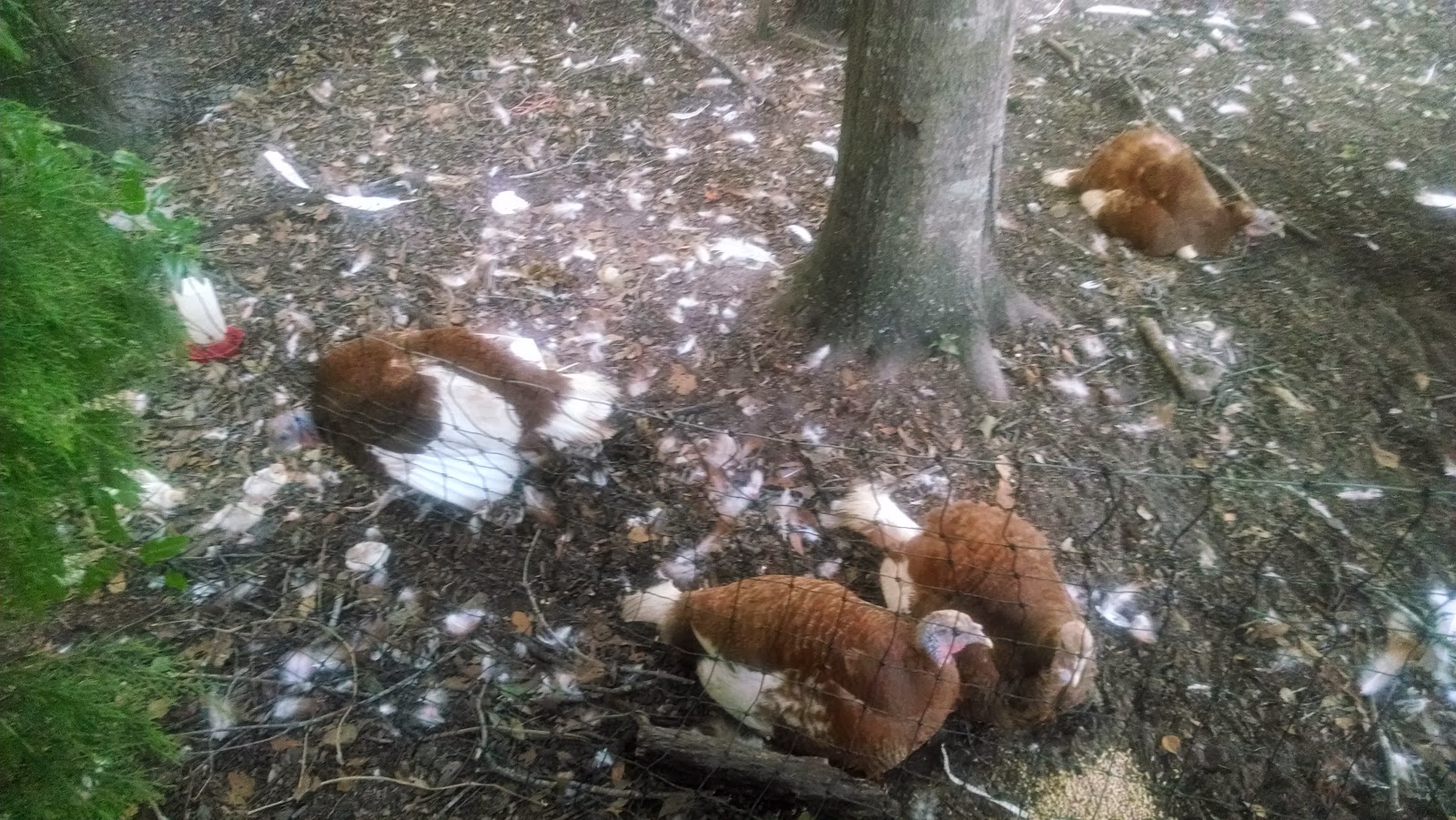 The hen on the right is sitting on her nest.  The hen on the left is leading around 11 poults.  So much for the 2 that I was expecting.  Hopefully we don't end up with 33 turkeys.  I have a feeling we'll be having a lot of turkey meat next year. 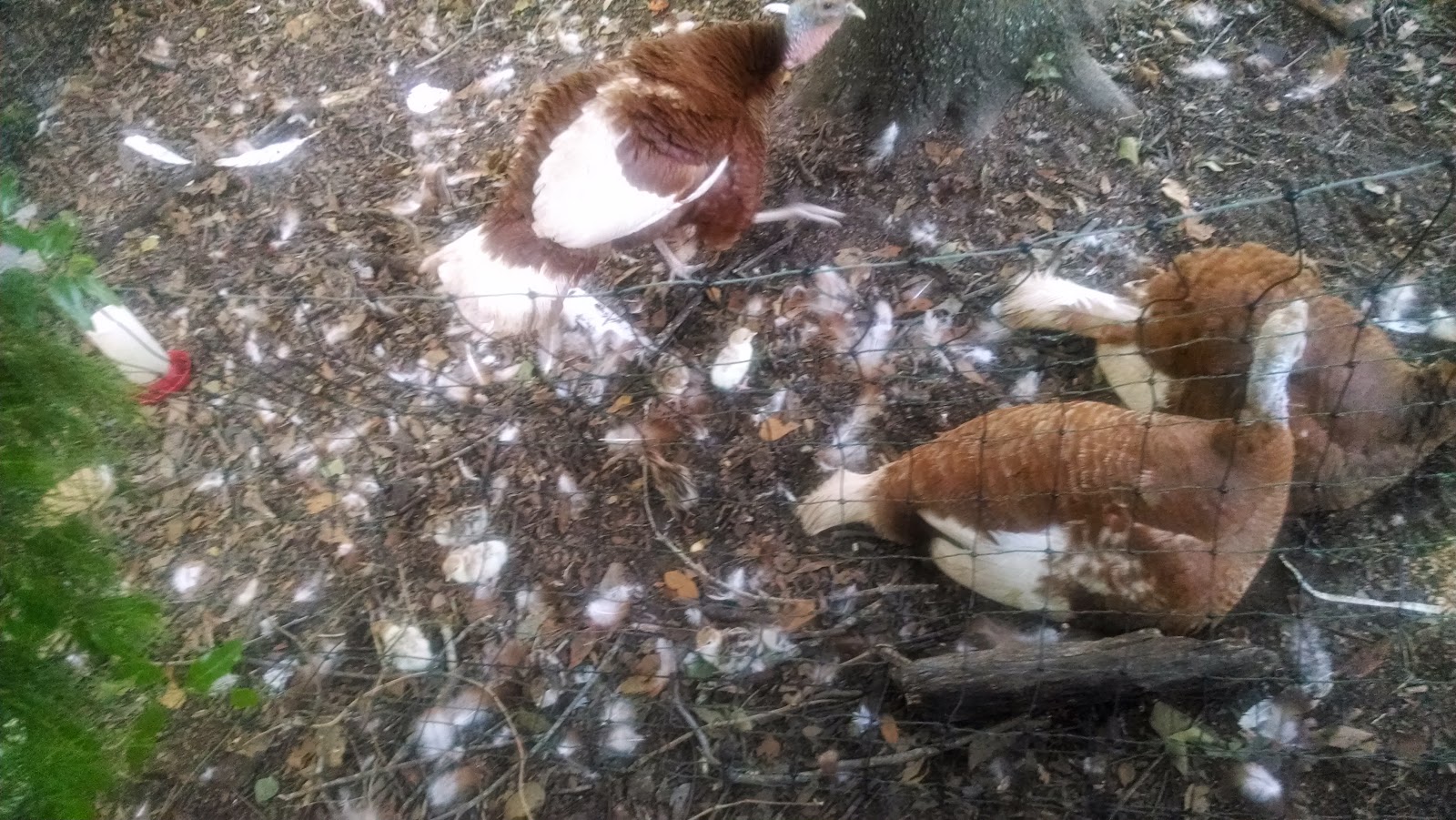 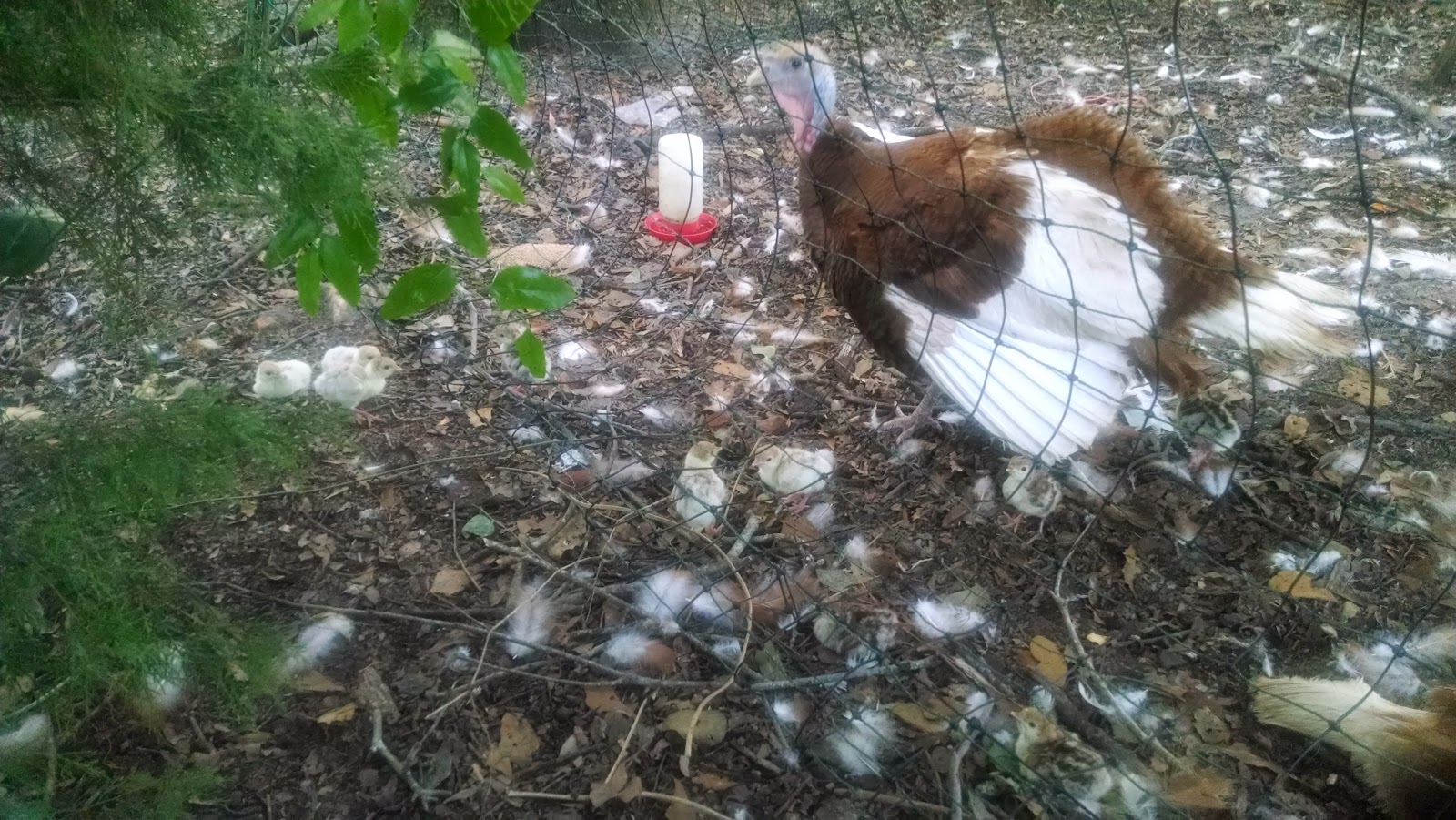 If you click the pics you should be able to see the poults walking around.