Back on Logan's birthday we got him a dinosaur mural, which was essentially just wallpaper with a picture on it.  I took the week off work and finally had nice enough weather to put it up.  We decided to put it onto a sheet of paneling in case we move again.  Rather than put it on the wall permanently.  I started by painting the paneling and hanging it up plumb in the garage.  I didn't get any pictures of hanging it up because I was working in the middle of the night to surprise Logan.  After it all dried I trimmed the board an inch from the edge of the picture. 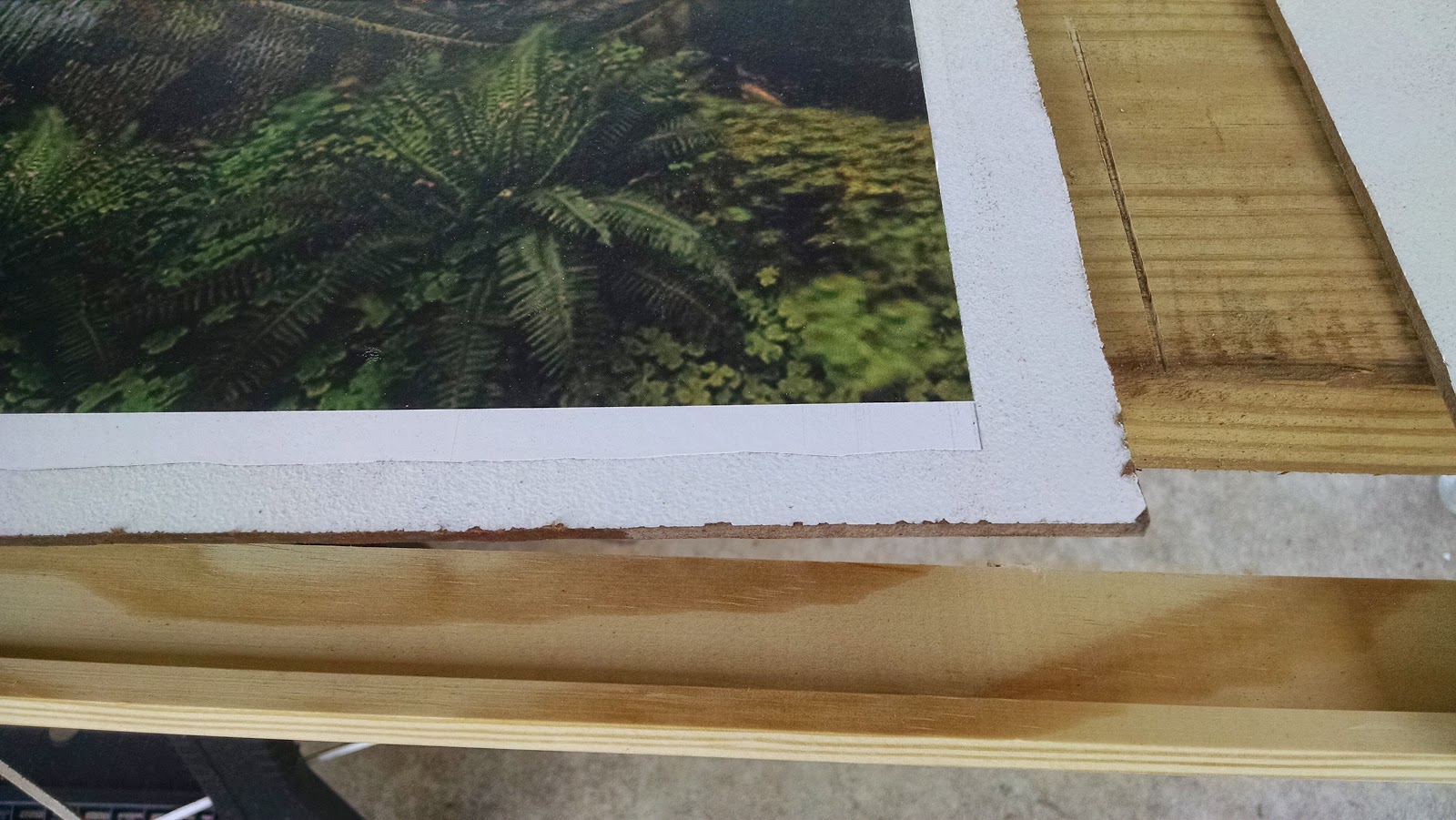 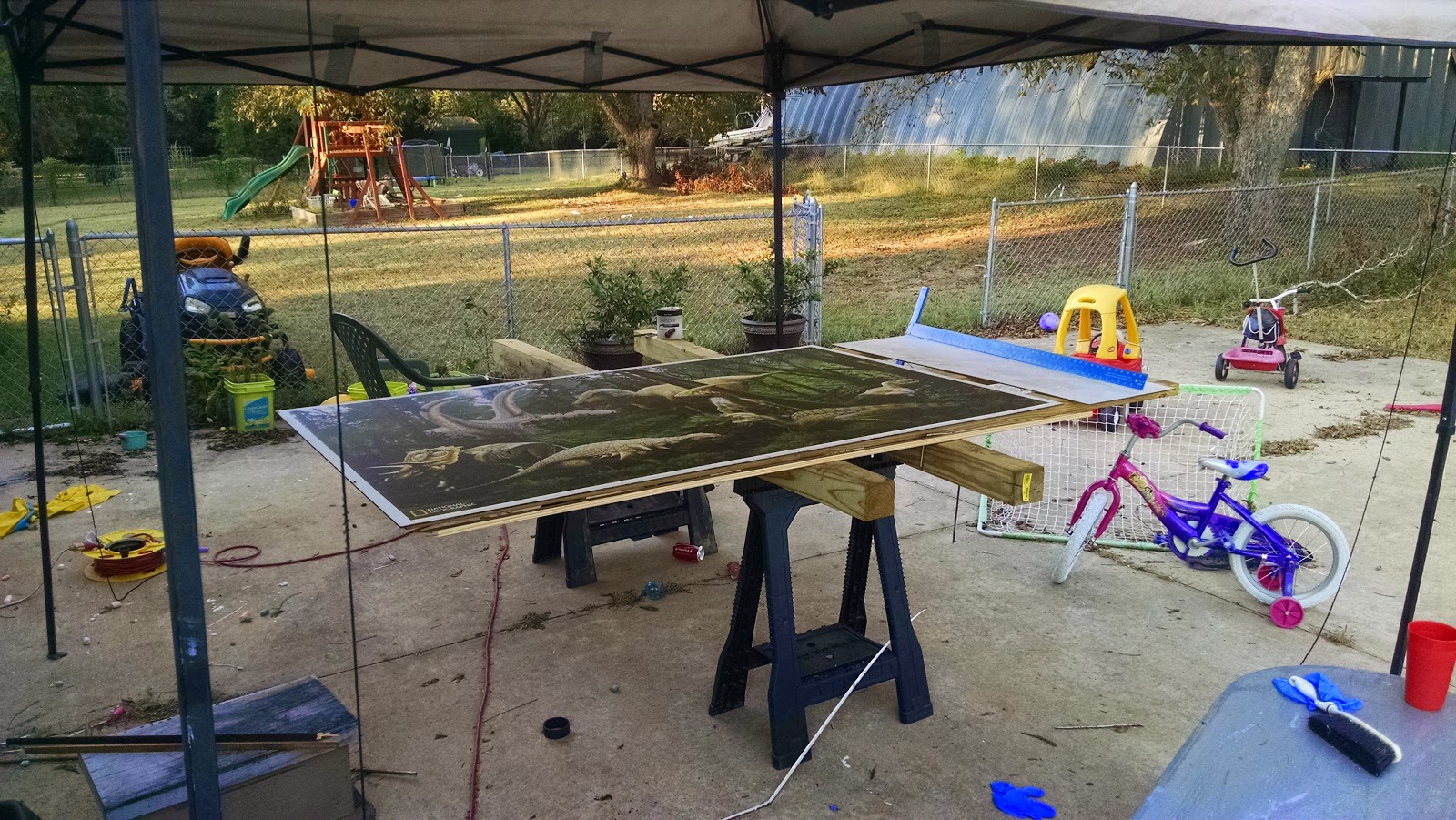 We bought some paneling molding and painted it black.  The mural on the paneling was then held on the wall by the molding.  It turned out pretty sweet. 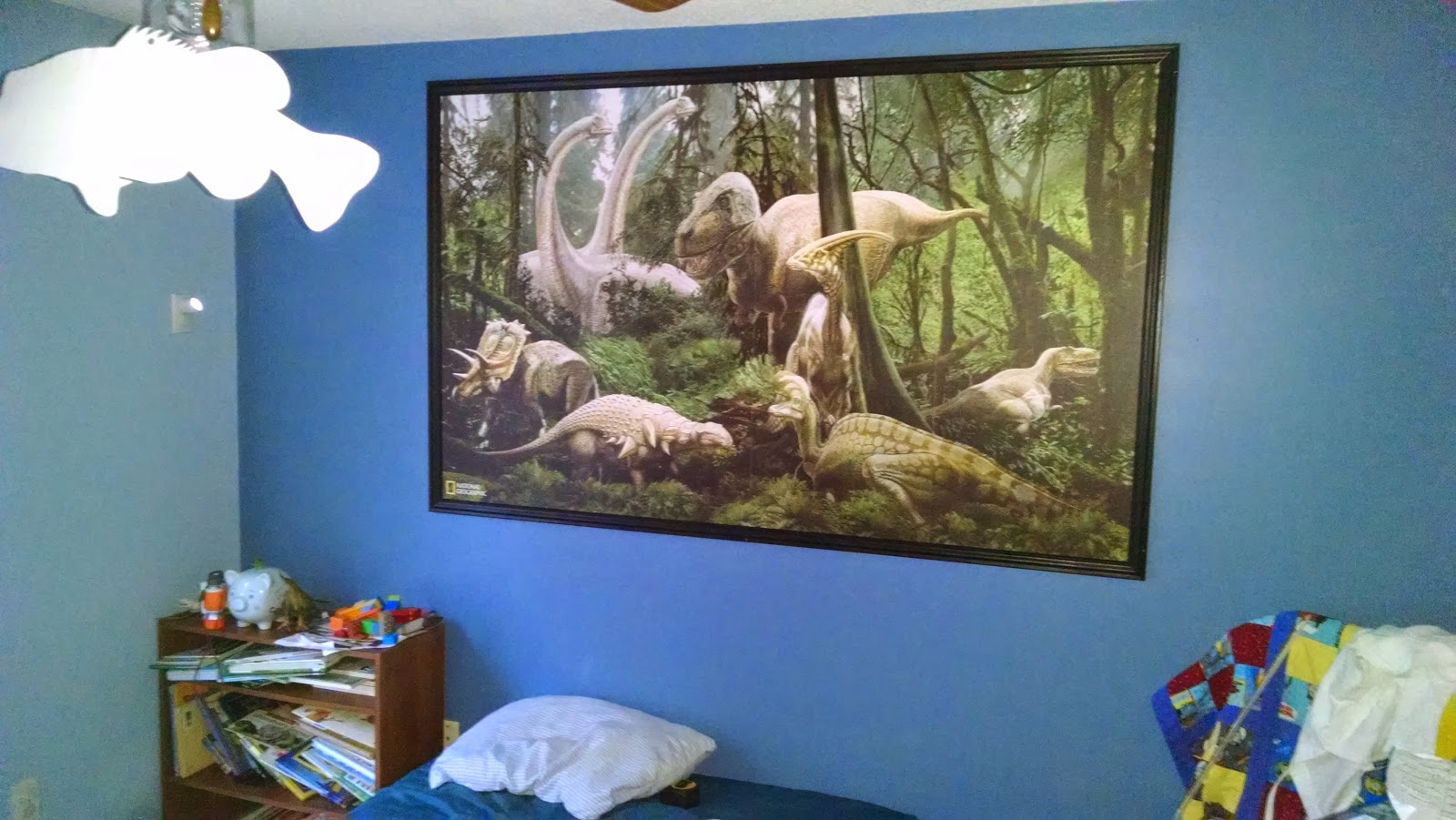 `
Of course, with four little kids in the house we aren't allowed to have anything nice.  The next day, Lillie promptly climbed up and put a nice scratch down the front of it. 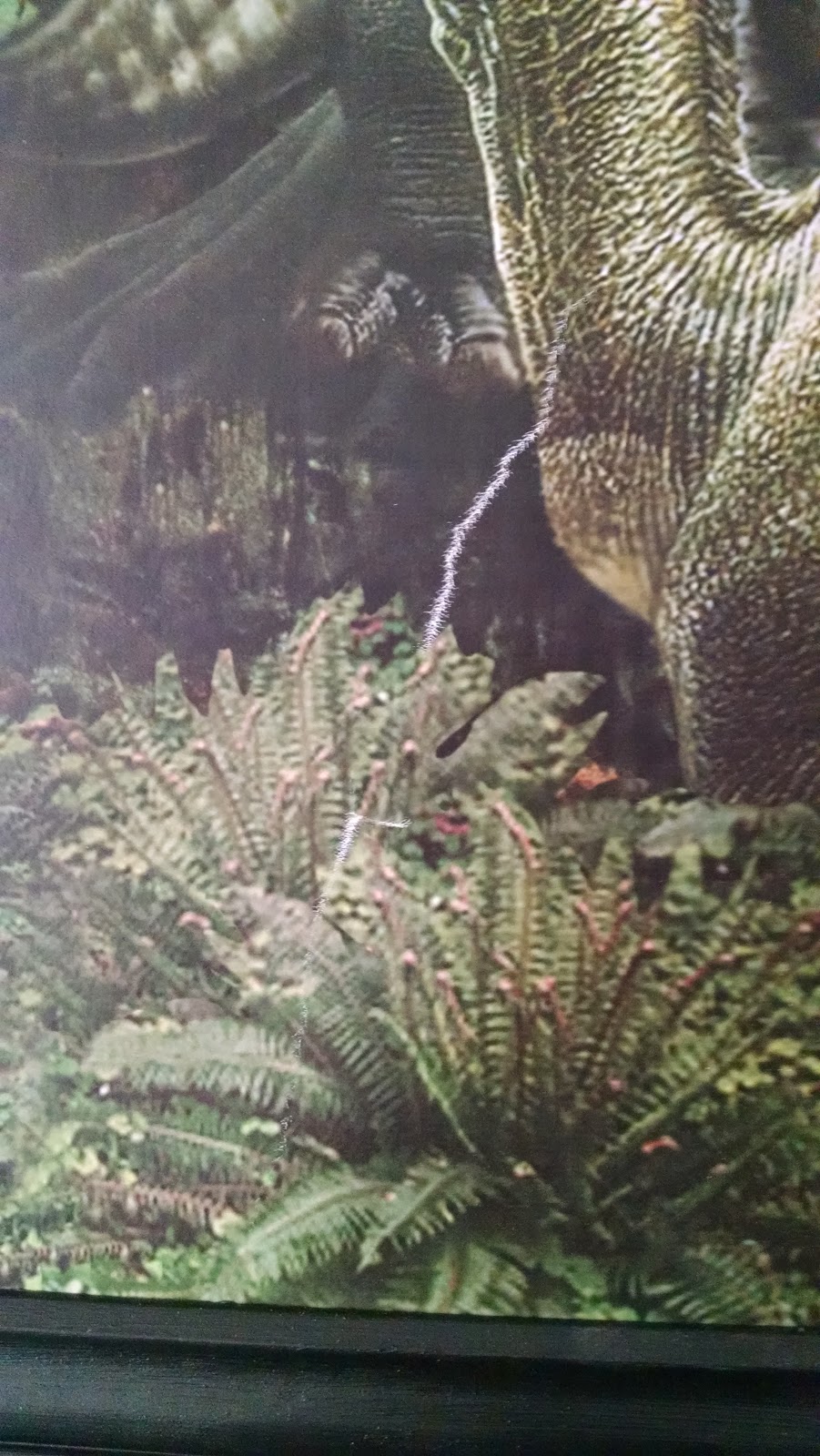 From a distance you can't really tell though.  All in all it still looks pretty nice. 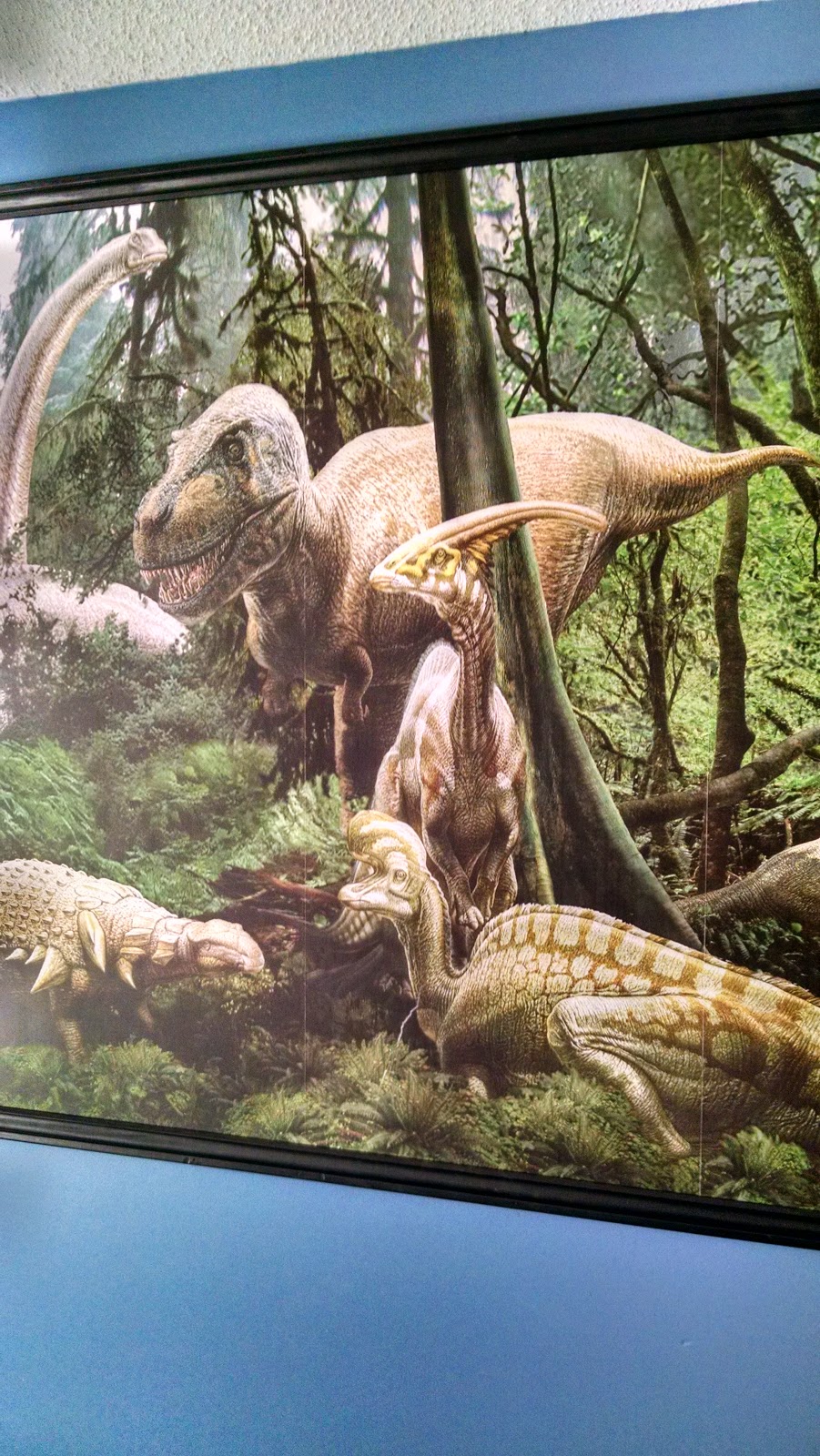 After our trip to the U-Pick we had quite a few blueberries in the freezer.  I had wanted to make jelly but didn't have a fruit press or jelly bag.  Apparently you can't buy one here in Albany either.   So we made jam out of the blueberries. 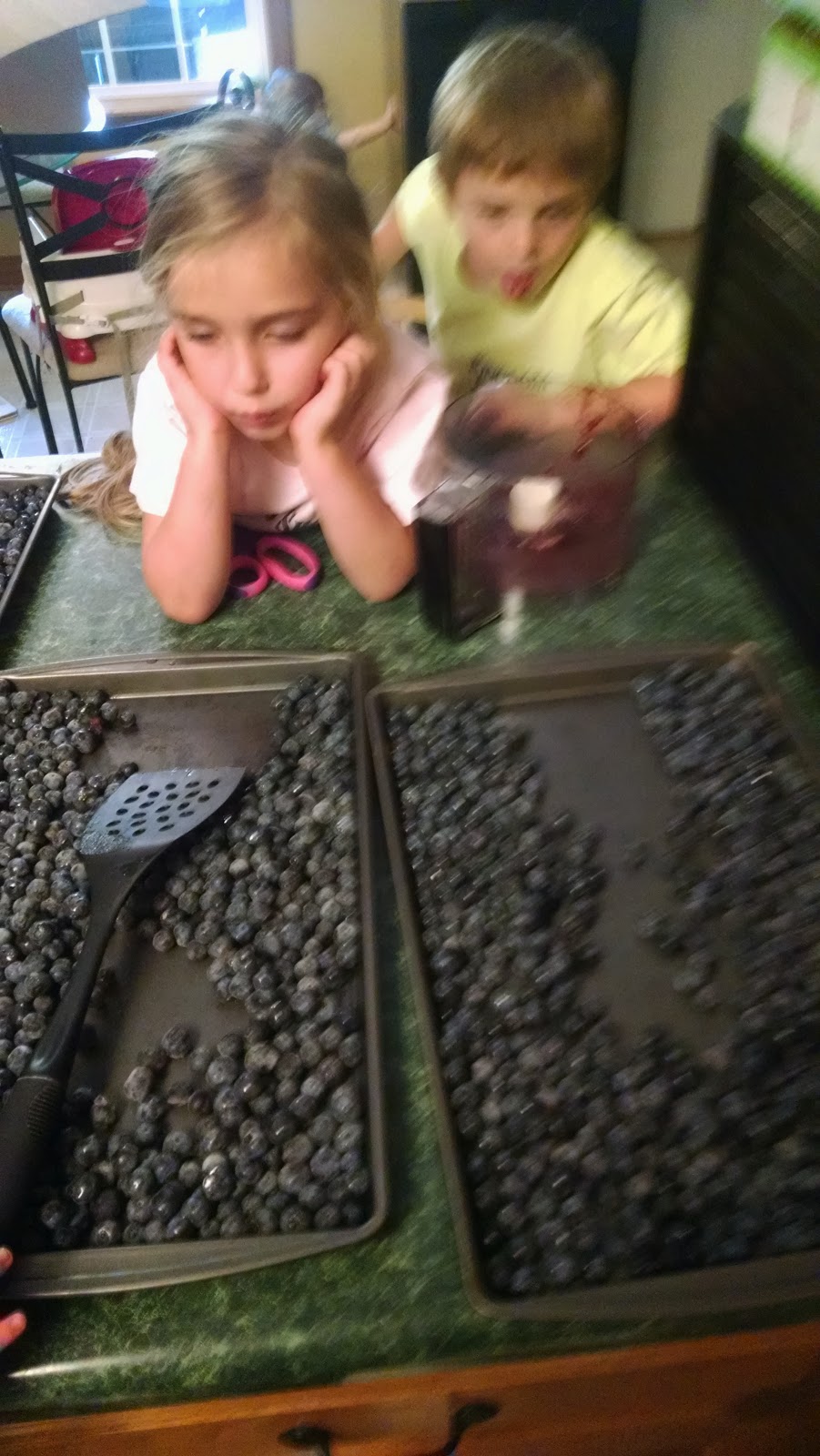 We put them out on cookie trays to thaw out and then Logan and Paige loaded them into the food processor. 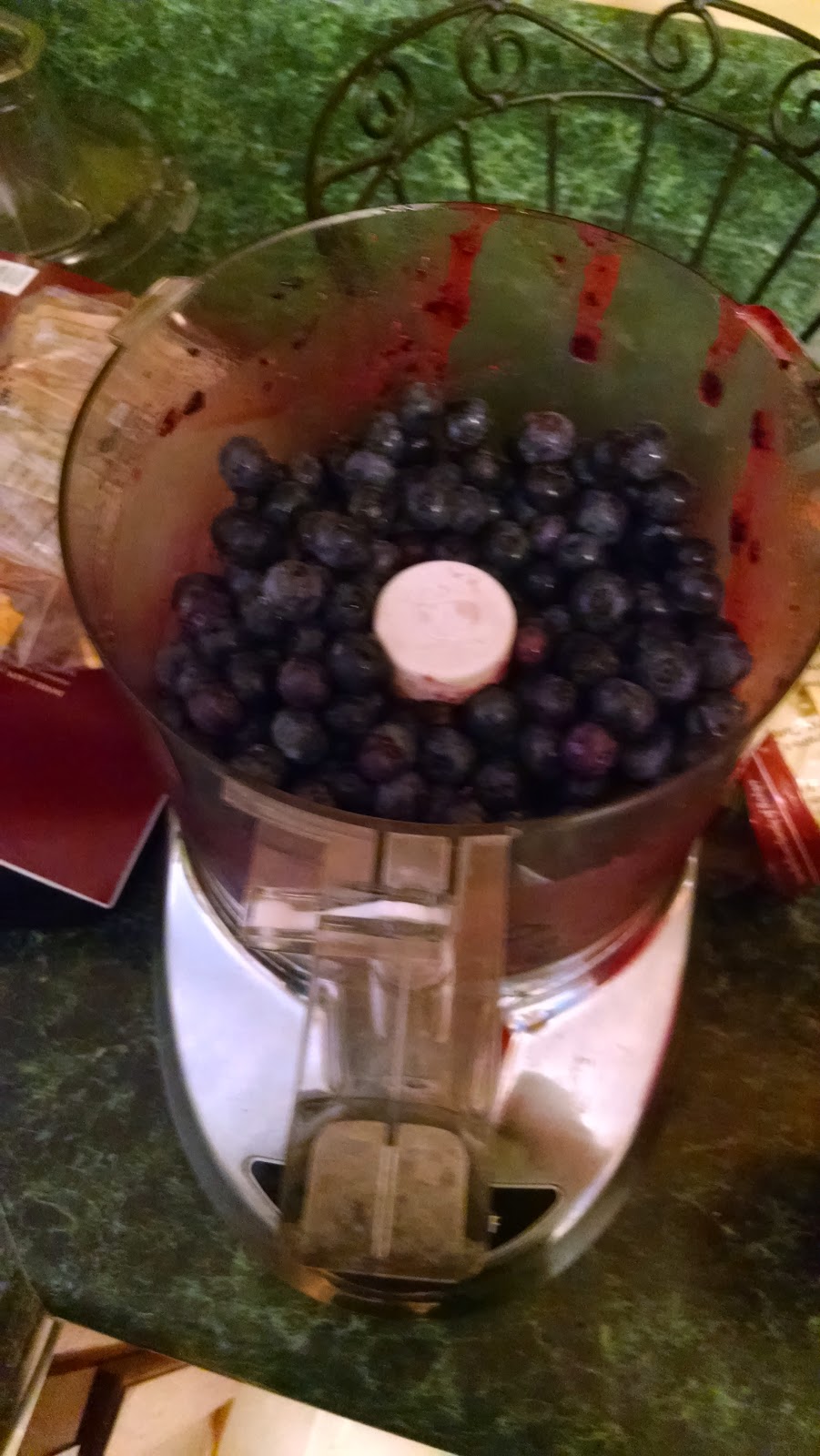 A quick spin in the food processor and we had blueberry mush. 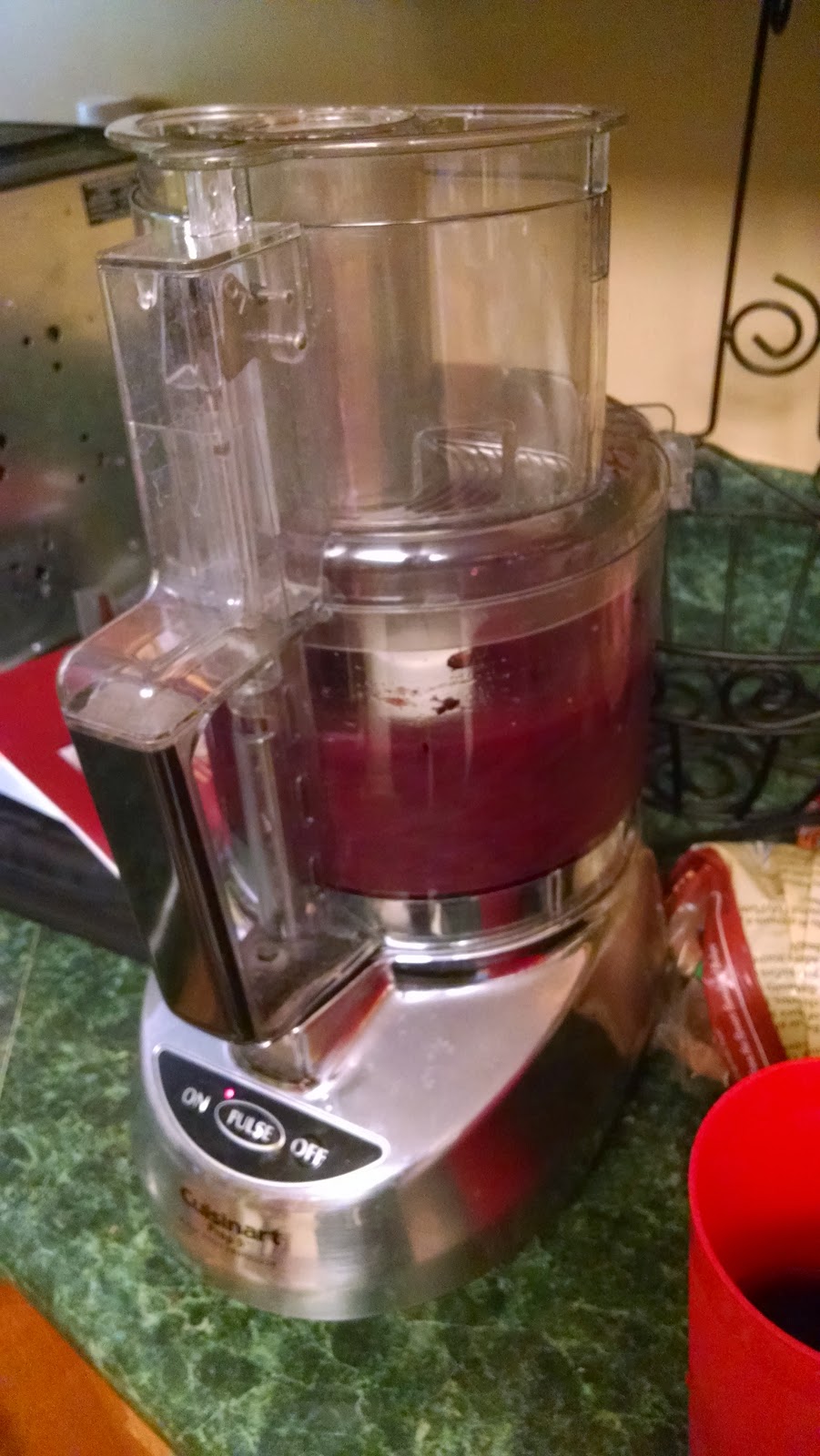 The recipe is pretty simple.  6 cups of "prepared blueberris" also known as blueberry much,  7 cups of sugar, 1/4 cup lemon juice, and a box of pectin.  Mix everything but the sugar and bring to a boil you can't stir down.  Then add all the sugar at once and stir to a rolling boil.  Boil for 1 minute then scrape the foam and fill the jars. 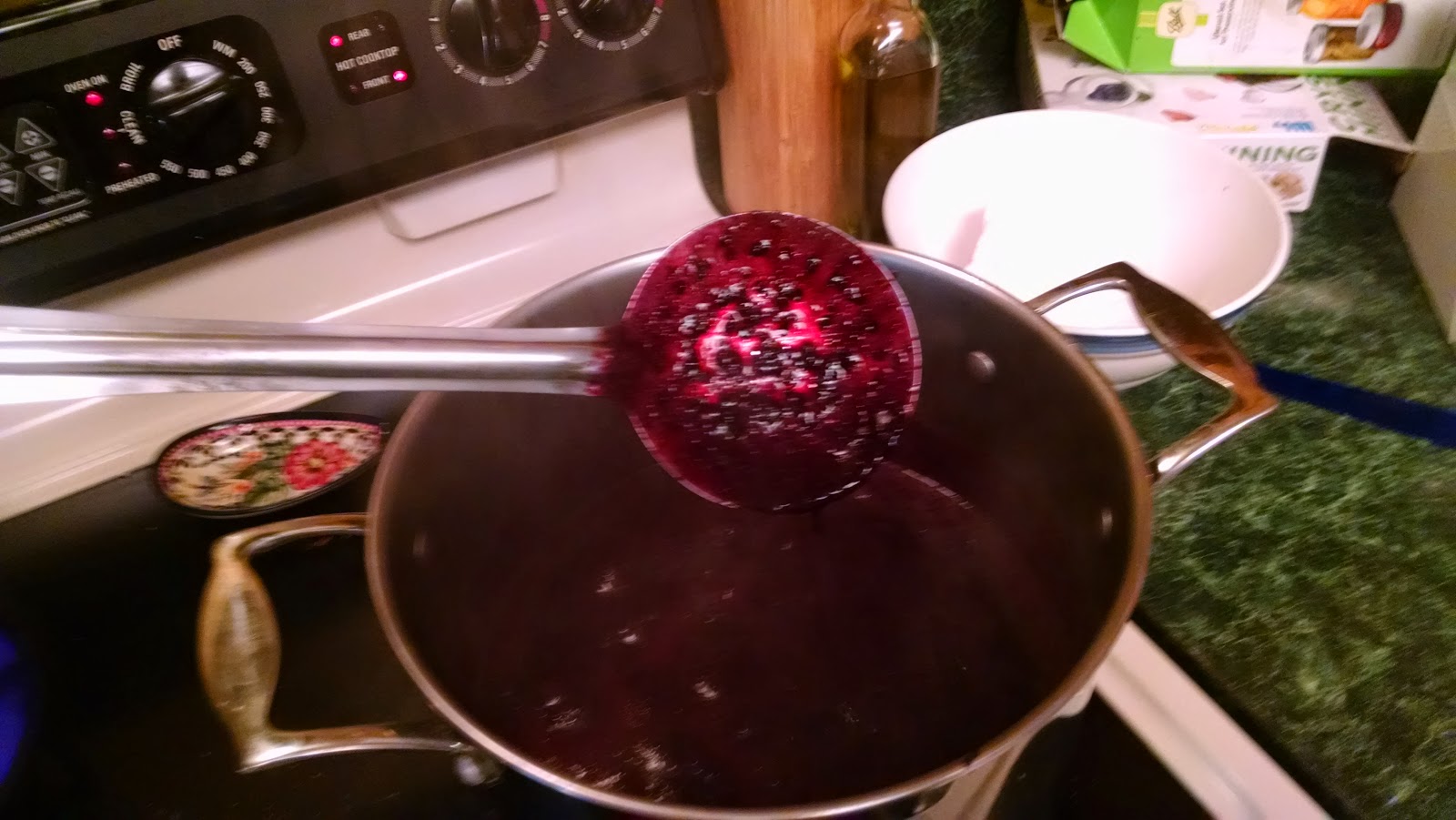 I used 2 big bags of blueberries and ended up with 34 jars of jam.  I probably would have had a full 3 cases but quite a few of the berries were eaten while they were thawing. 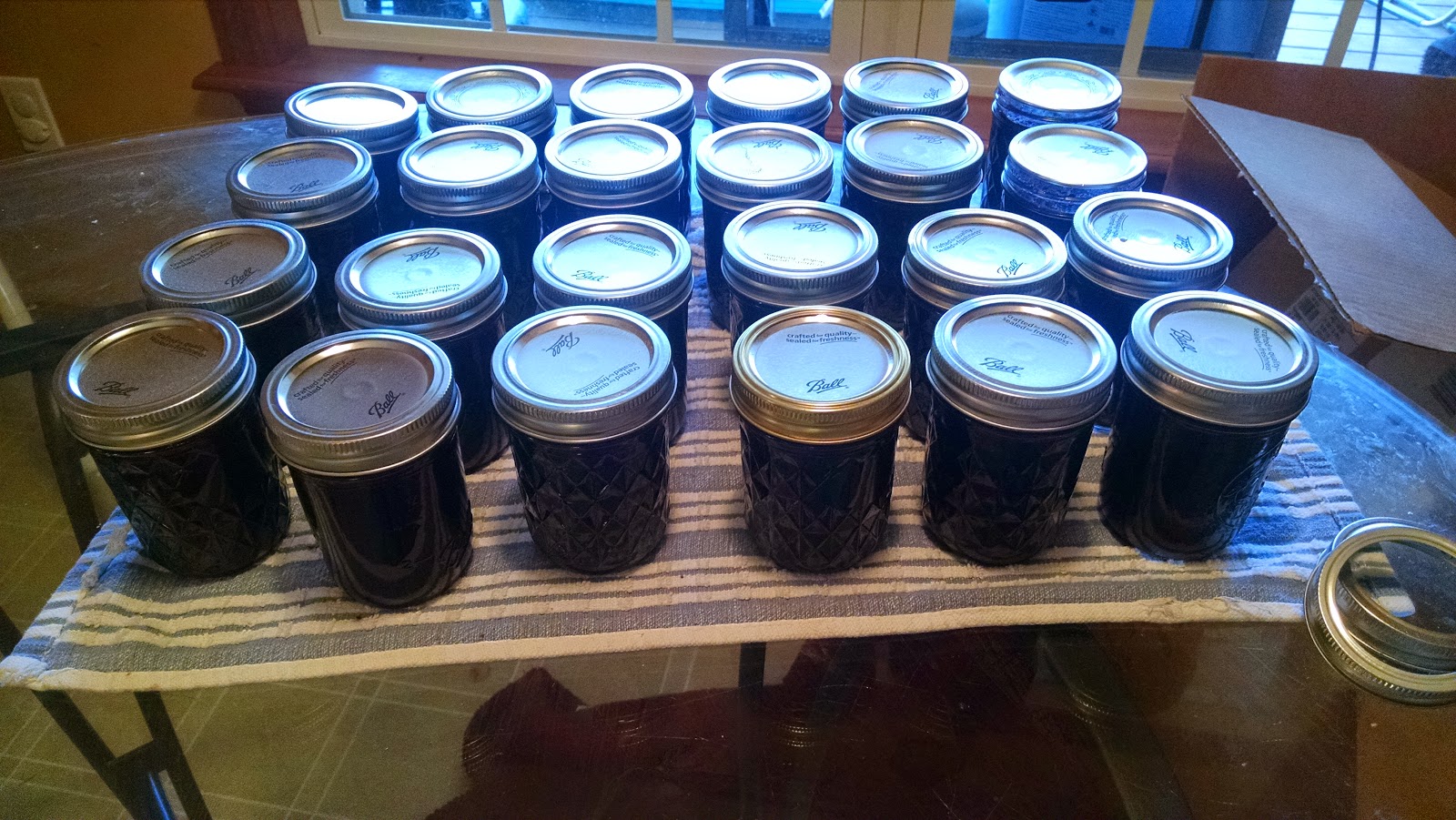 We had a bag of apples that were starting to go wrinkly on the counter so I thought the kids would enjoy making some apple chips in the dehydrator.  On one of our trips to Chattanooga we stopped at an indoor flea market and I found an apple pealer/slicer for $7.00.  Not bad, normally they're between 20-30. 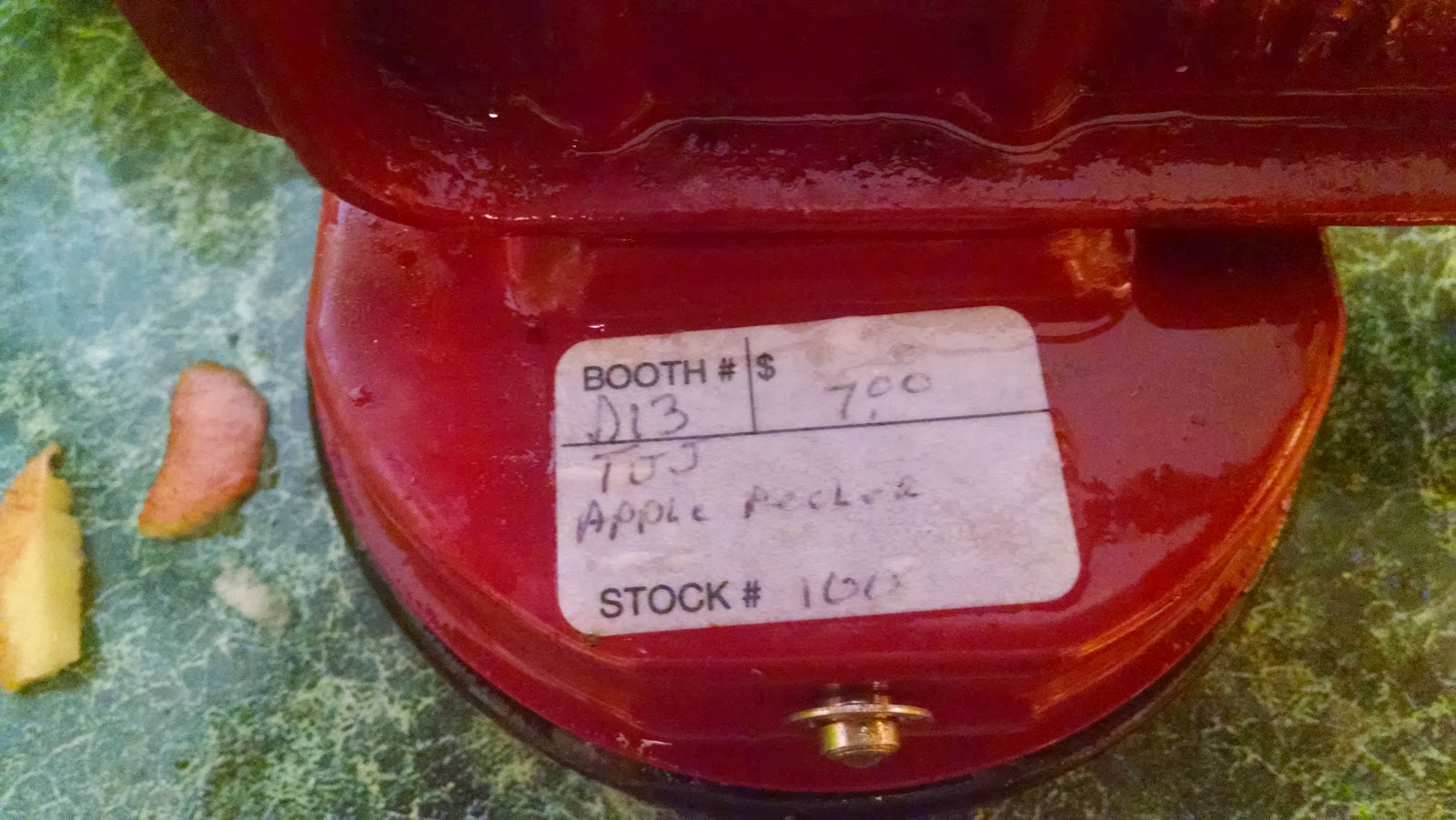 Logan and Paige got a kick out of peeling and slicing them at the same time, and I got free labor. 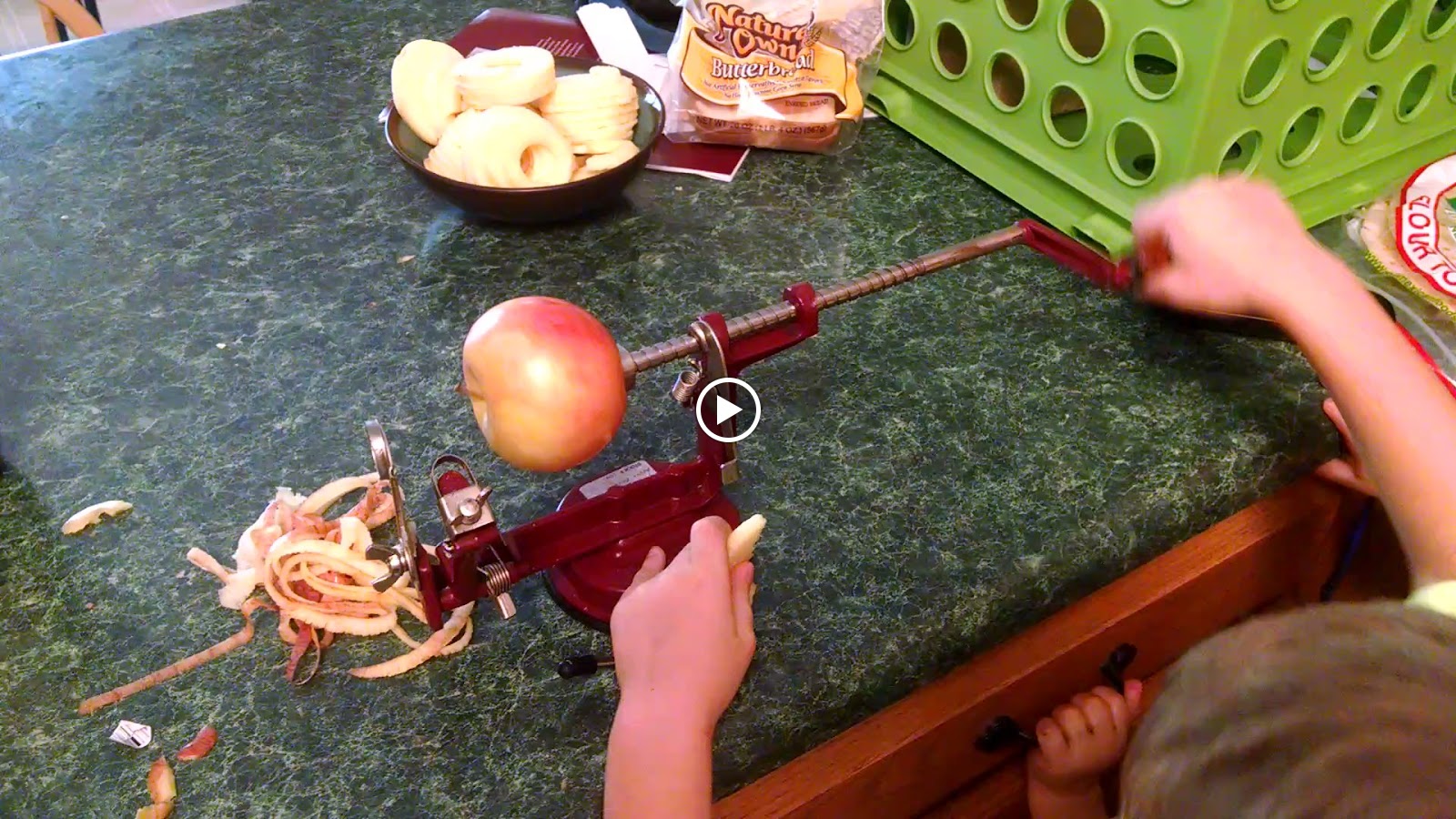 We put all the slices in a bowl and gave them a quick squirt of lemon juice to keep them from turning brown.  Paige tool all the peels and cores out to the (extremely happy) chickens. 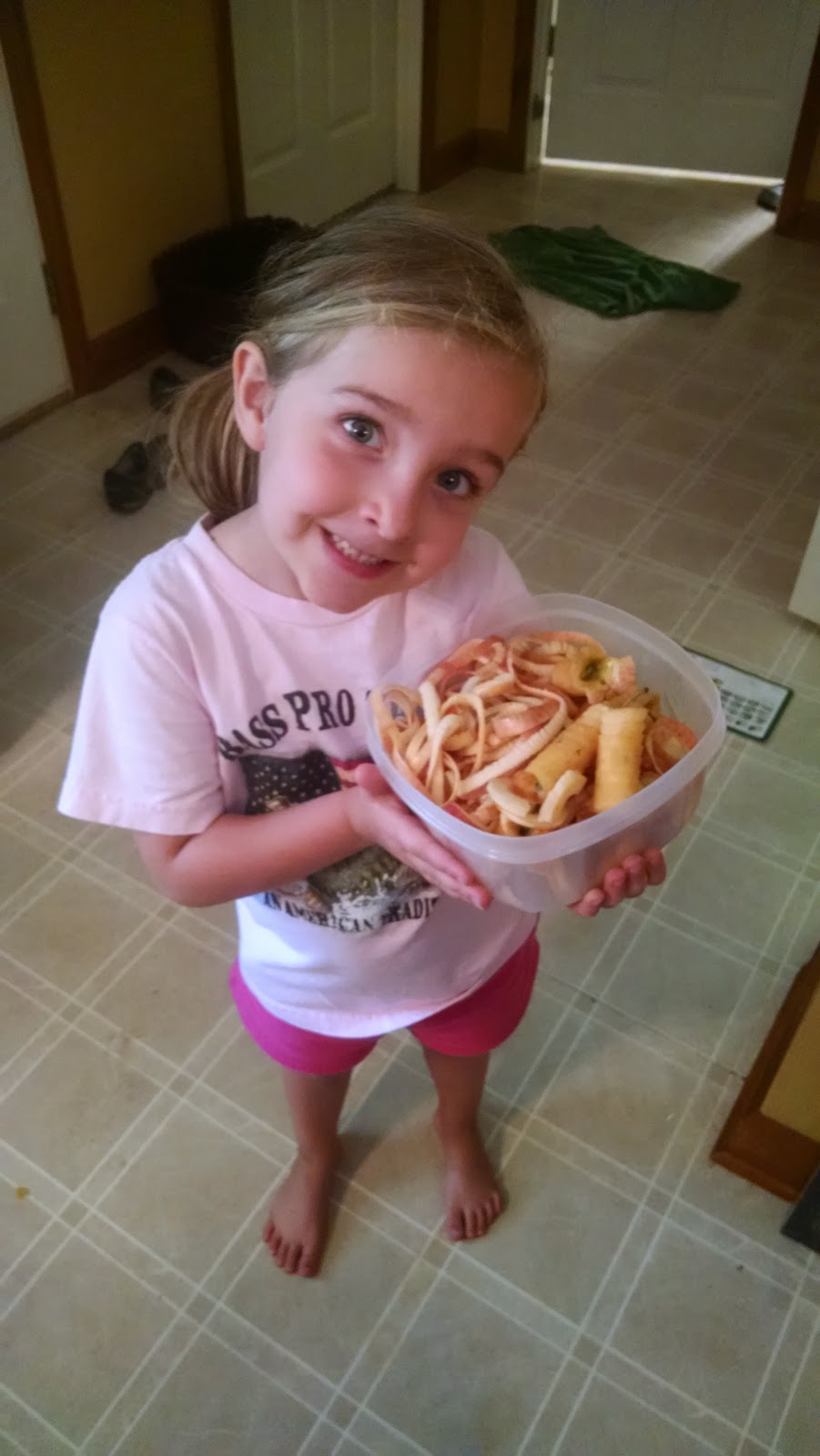 Then all the slices were placed on the dehydrating trays. 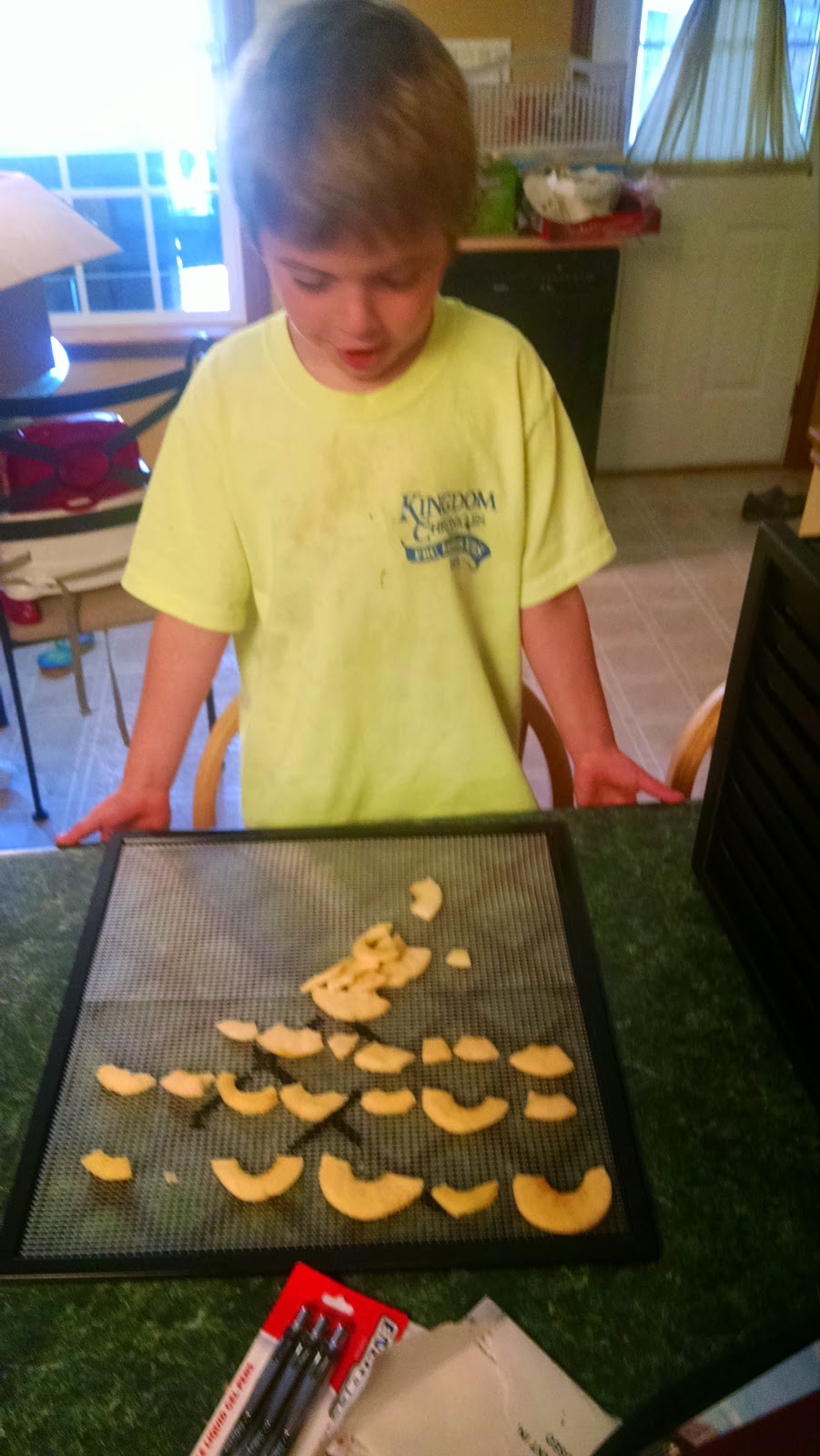 And into the dehydrator they went for about six hours. 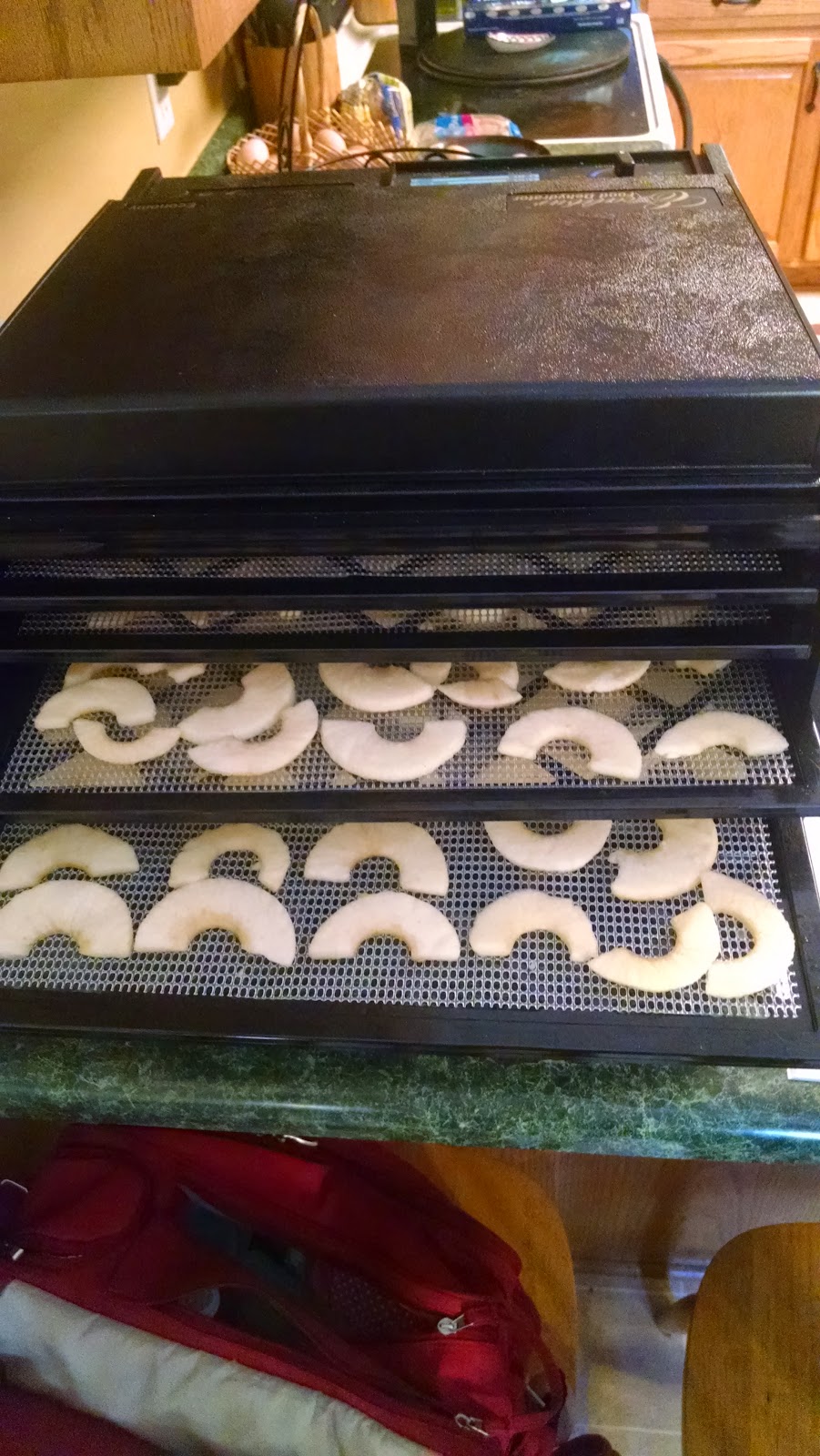 The kids really liked them.  Only about 1/2 made it into the jar. 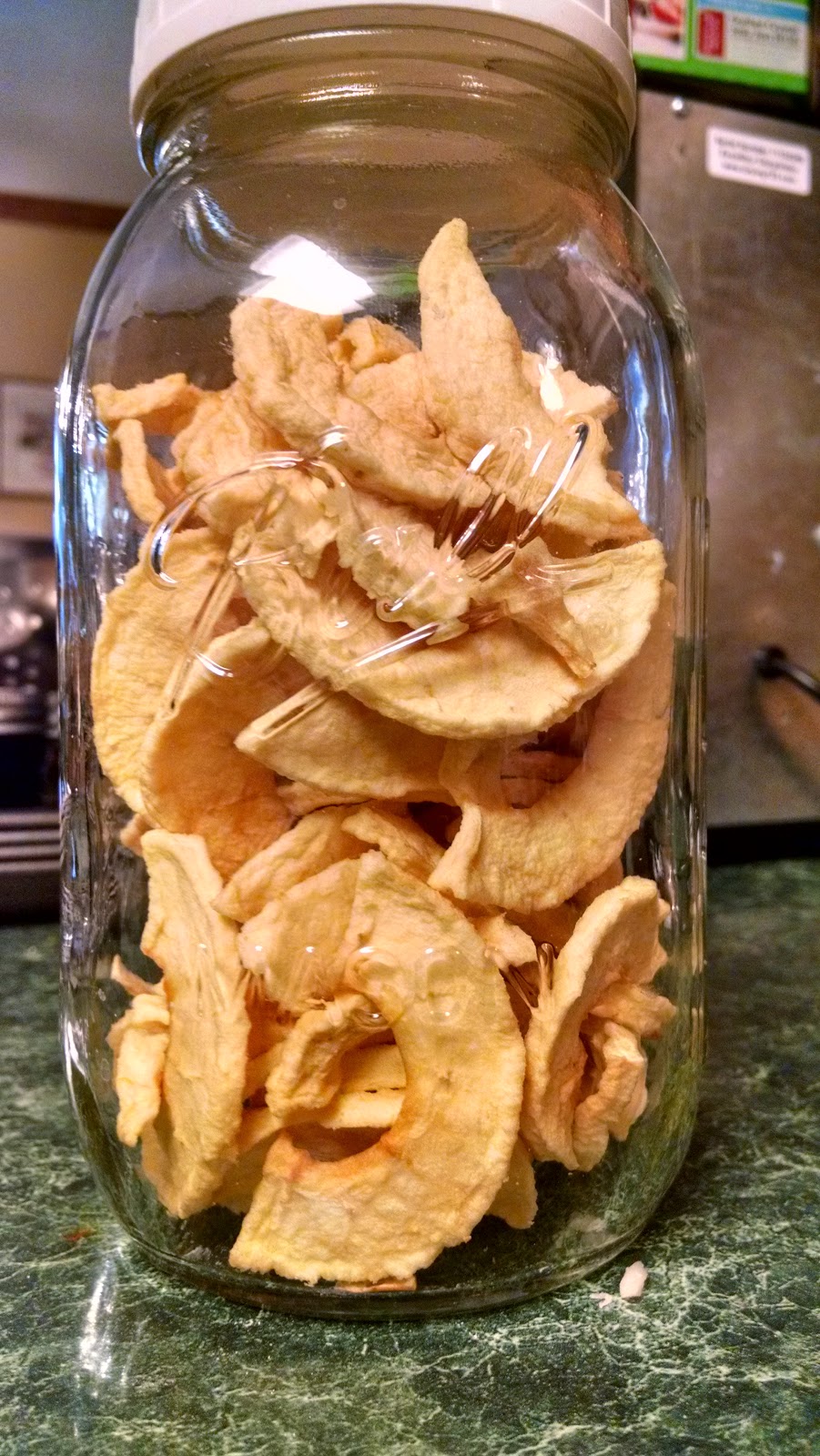