The neighbor that gave me the old wheel plow called me over the other day.  He had found the original wrench that came with it.  Of course after a few decades in his shop it was a bit rusty.  I figured that the electrolysis dip worked well on the plow, so I'd try it again on the wrench. 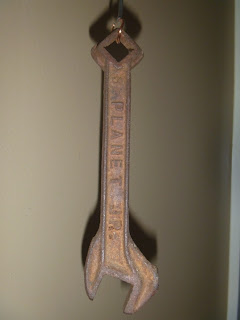 After looking around the garage I settled on the top of a chicken water dispenser to hold the solution.  I didn't really measure the washing soda this time, just threw a fistfull into the water. Once again, it's washing soda, not baking soda. 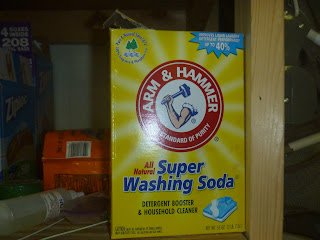 Instead of the rebar pieces I just coiled a piece of copper wire and suspended it in the solution with the wrench hanging from a wire in the middle. 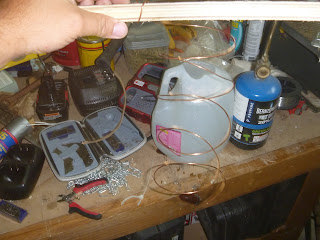 Once it was all assembled it was hooked to the battery charger (on low) and it bubbled overnight. 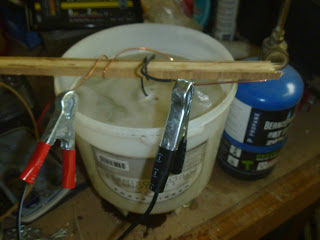 A few minutes rinsing under the fresh water and it was off to get spray painted.  I know it's not the right shade of red but I had this red left over from making the chicken plucker. 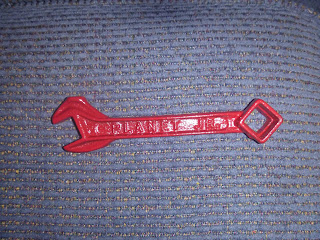 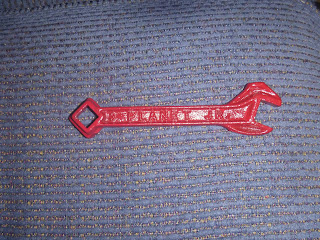