Doubling down on the raised beds

The raised beds that we built last year were 4'x8'.  They are made out of two by six lumber with a piece of 4x4 in the corners.  One thing we noticed last year was that, even with double digging the beds, our root crops really couldn't get down into the soil below the bed.  We decided that we needed to double the depth of the beds this year.  Doubling them all really isn't in the budget so we're just doing the ones that the root crops are going into.  Before disassembling the beds we dug the dirt out from around the edges to simplify reassembly. 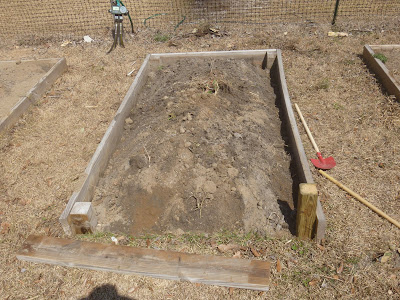 The new double depth (11") beds are essentially the same.  The only real difference is the piece of wood screwed to the side to keep the two long boards together. 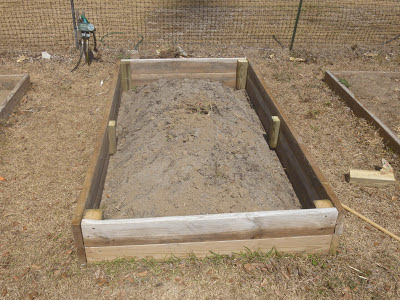 Then just repeat three more times.  You can see where I stole the wood from the front beds in the picture.   We're going to re-build them with new wood.  I figured that it would be better to have the same age wood on the beds rather than old on the bottom and new on the top.  It will make replacements easier when they eventually rot out. 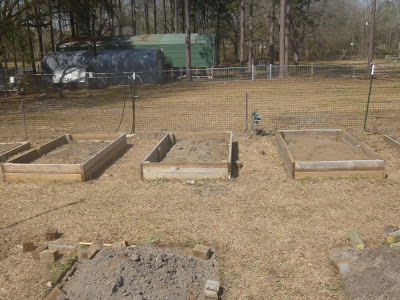 ﻿Once finished and filled it was row after row with the dibbler (sitting on the edge of the bed) and 2 carrot seeds per hole. 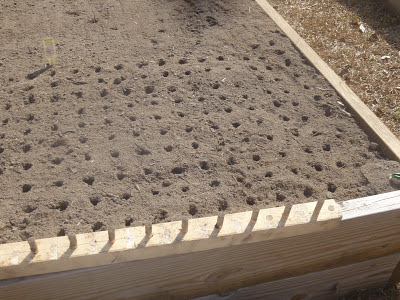 I am definitely going to spend some time with my drill press next winter to make a dibble board like this one from beekman1802.  This would save some time. 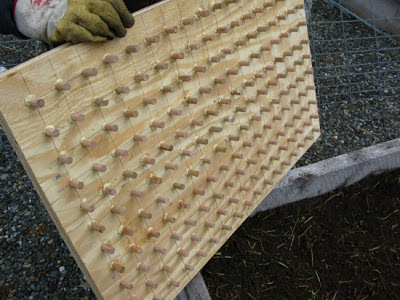