The switch on the Dryer broke about a year ago.  It's the safety switch that stops the dryer if it is opened.  We've been taping it down with "plans" of fixing it.  We have the home warranty but it's a $75 deductible and with the part only costing $6 I couldn't bring myself to pay for someone else to do it.  Well, to Danielle's pleasure, I finally got around to it. 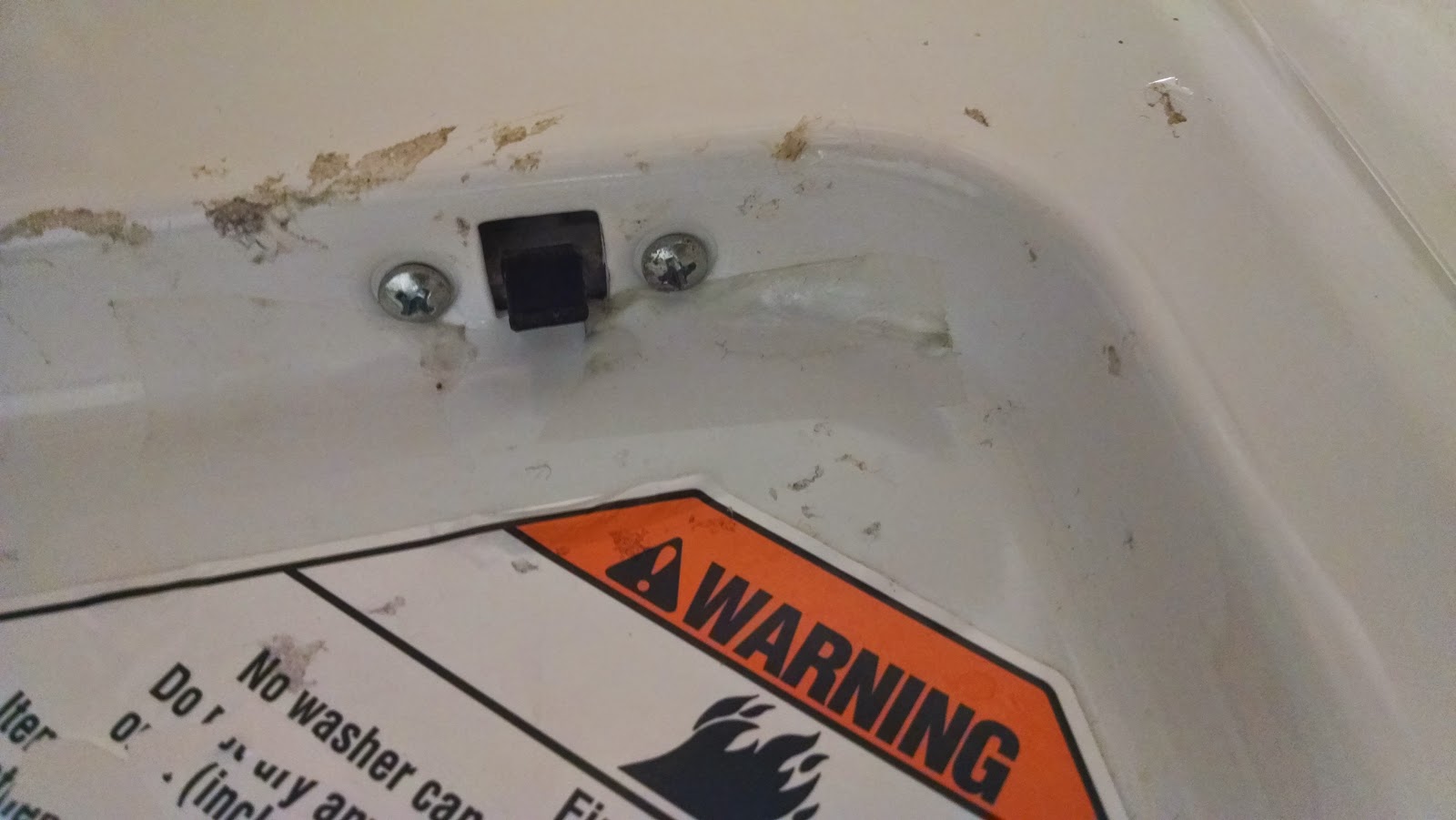 You start by removing the screws under the lint screen door 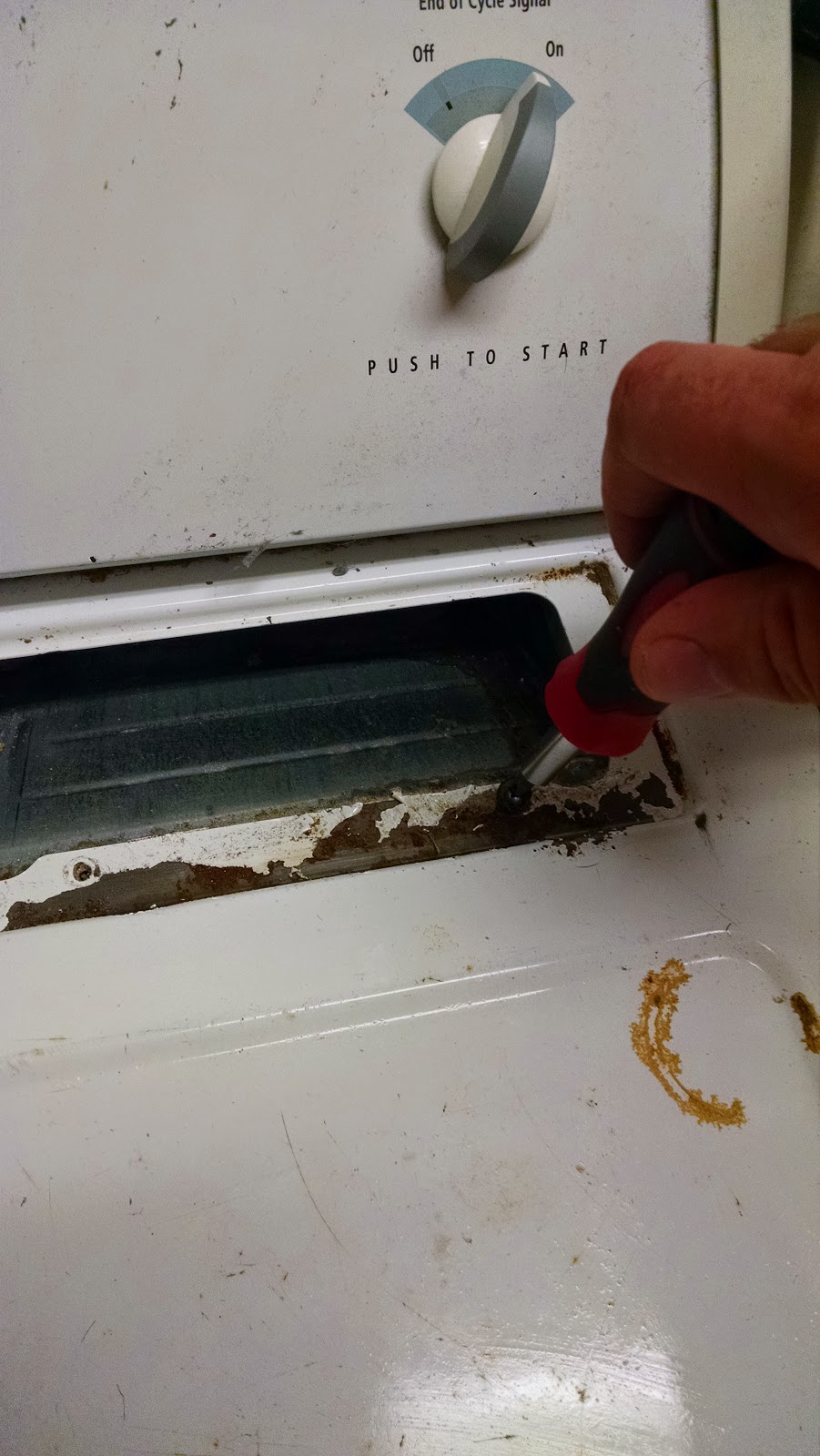 Then there are two clips under the front that you have to push in with a putty knife or other thin tool. 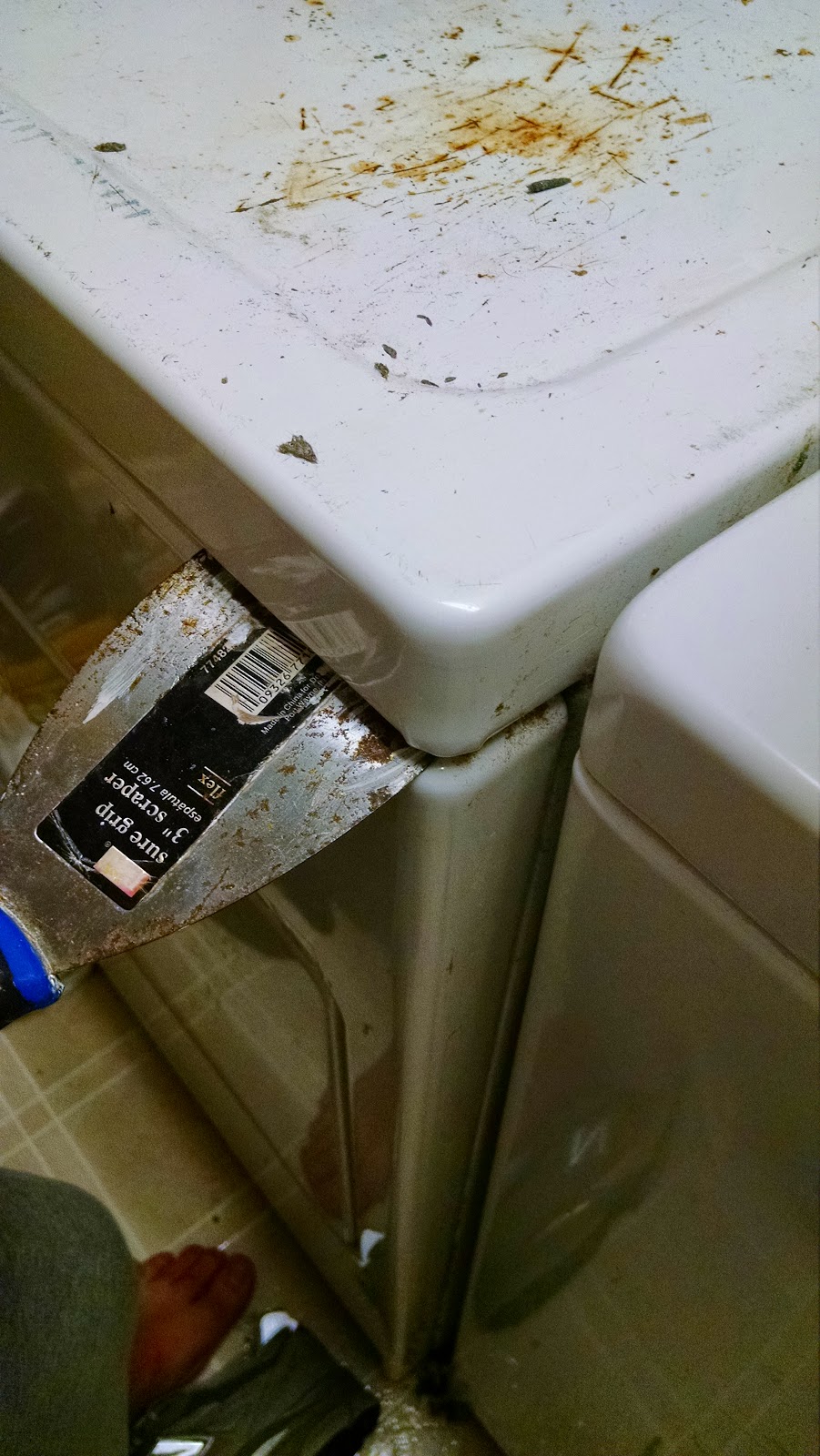 Picture of the clip after the top is popped off. 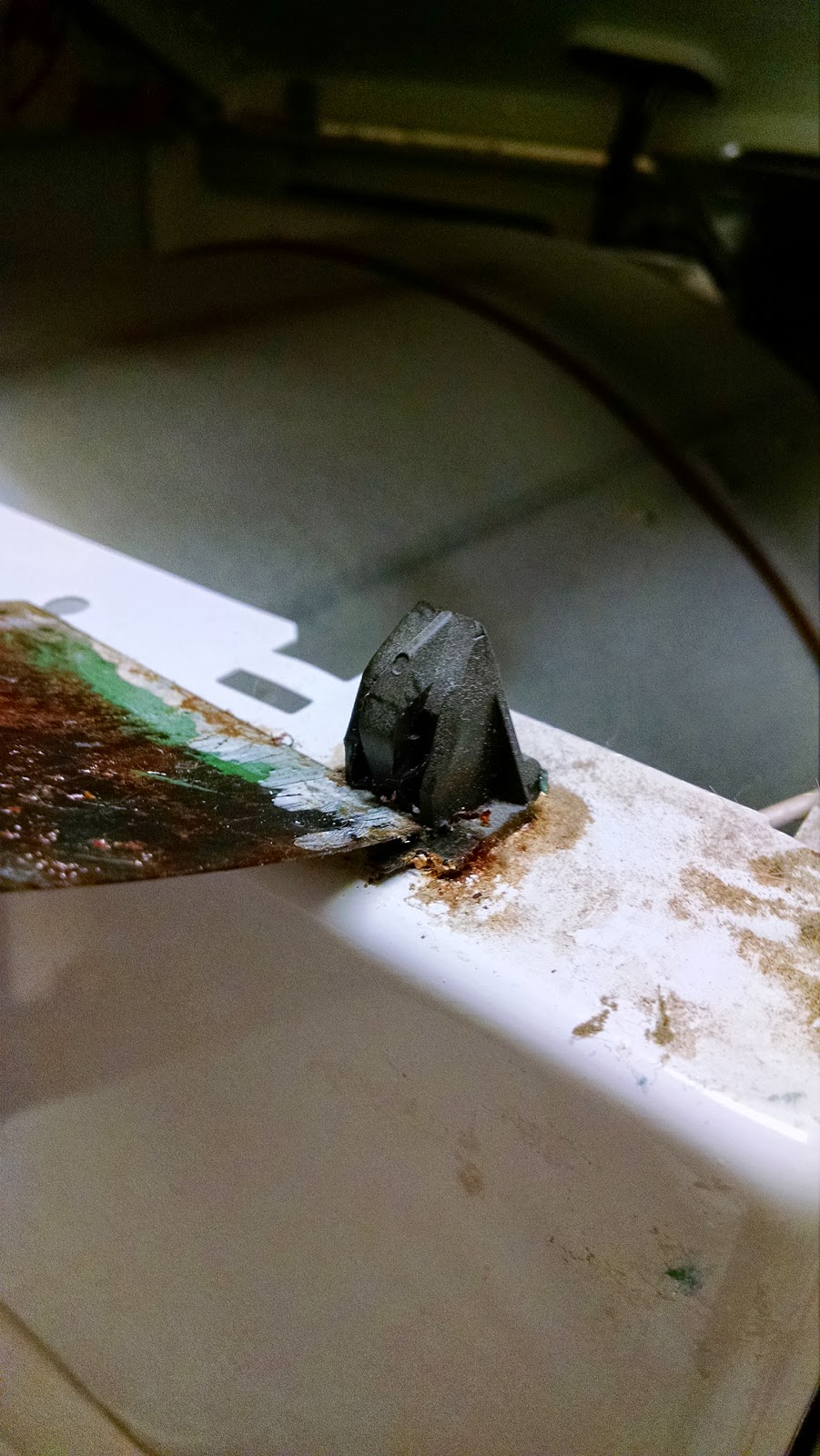 The clip itself is held on by 2 screws.  Once removed you can just unplug the old one and plug the new one in.  Reverse the process to put the dryer back together. 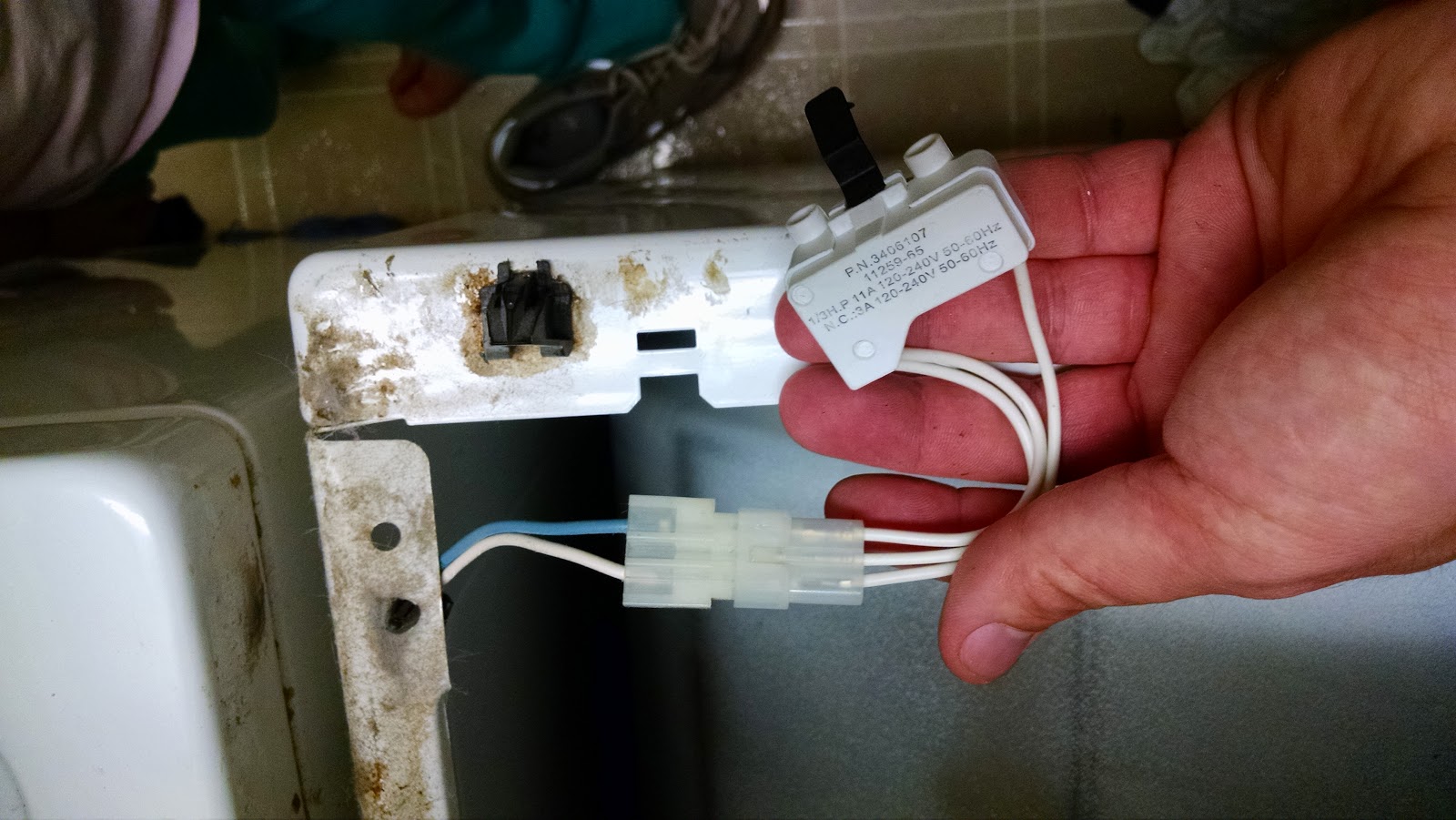