I woke up this morning at 8 and realized it was Sunday.  By 9 Logan, Paige, Lillie and I had full bellies, brushed hair, and were dressed for church. With James only one week old Danielle stayed home with him. I'm sure she enjoyed the extra sleep with the rest of the kids gone.

After church the kids and I went to a local restaurant called J&E's for some Sunday fried chicken.  Then it was off to Lowe's to get furnace filters and some parts to fix the faucets that have been dripping for months. Six dollars and about fifteen minutes of work later we had cleaner air and no more dripping faucets!

Then we all went outside! Lillie and I worked in the garden on the raspberry mess while Logan and Paige rode their bikes. I finally finished the raspberry trellis that has been half finished sitting in the driveway for about a month. Then about an hour and 100 twist ties later the raspberries were all tied up. 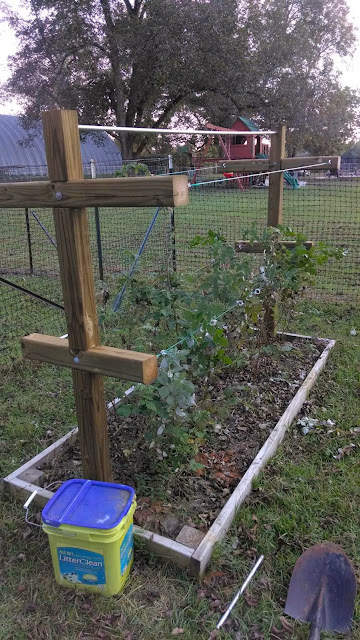 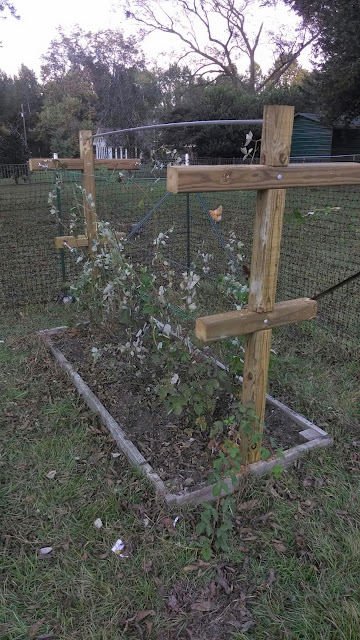