It's been about a month so I decided to check on the hives again.  The green hive is just barely surviving while the gray hive is growing well.


These first pictures are from the green hive.  They have not touched the second super yet. 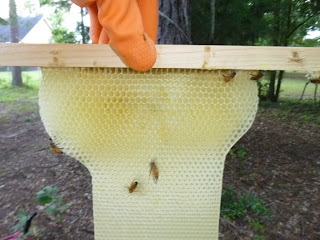 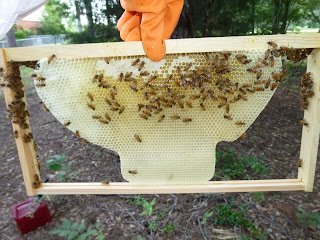 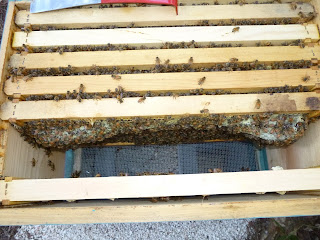 This frame is bulging honey.  I would cut it out but they don't have much brood comb as it is. 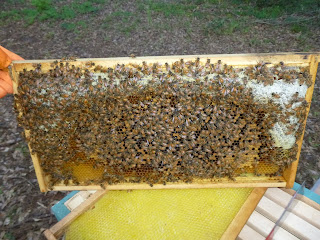 This is the frame that is next to the bulging one, notice the giant hole. 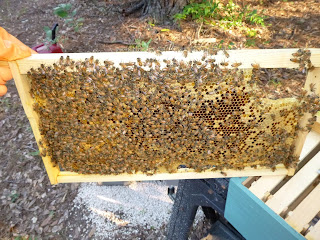 These pics are from the gray hive. 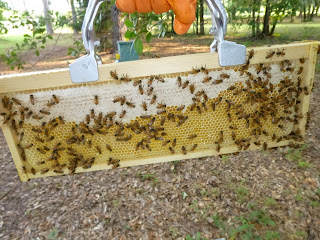 They have build out the comb of every frame in the second super and are filling them with HONEY! The next two pictures are of their brood frames.  I only got 3 frames into the hive before they started to get really aggravated and I retreated.  There's a reason I call this my "mean hive".  They like to sting me. 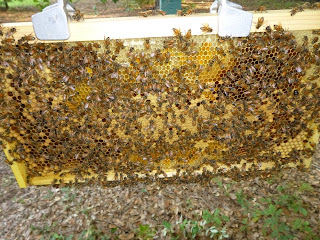 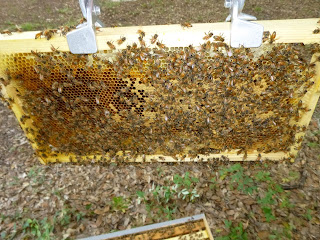 With the second super filled in with comb it was time to add a third.  This is exciting for us because the first two supers belong to the bees.  One brood box and one honey super is what they will need to survive the winter.  The second honey super is what we get to rob. 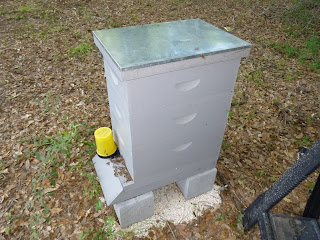 I have heard two methods of equalizing the colony strengths.  The first is to switch the position of the hives during the day.  This will result in the foraging workers returning to the other hive and increasing the number of workers that the weak hive has.  The second method is to take a frame of brood from the strong hive that is covered with bees and swap it with one of the frames in the weak colony that is still being built out with comb.  This will result in not only the brood but also the nurse bees that were on the hive when you moved it adding to the weaker colony.  What to do.... What to do....
Posted by Jesse at 21:26